This was a two-stamp day, and Ihwaryeong was the first certification center. Luckily, it was at the top of today's mountain, which meant that the day was all downhill from there. The certification center was located in a rest area; I used the port-a-john restroom and noticed an impressive lion sculpture that had been given the comical duty of watching over the restrooms (you'll recall, from a few days ago, that a sports park emphasizing cattle had placed a bull sculpture atop a restroom facility).

I went to a vending machine and got an expensive can of Chilsung Cider, Korea's answer to Sprite. Par for the course, there were no garbage cans in sight because, according to Korean logic, if there are no trash cans, good citizens will surely carry their trash out rather than litter a place. (How's that working out for you, Seoul?) I grumbled and growled and prowled around, looking in vain for a receptacle.

To leave Ihwaryeong, you take a short tunnel that's really more of a threshold than a functional tunnel. This leads to the next phase of your journey (the easier phase if you're southbound). For me, earlier today, that meant kilometers and kilometers of lovely, glorious, sweat-free downhill walking. But Ihwaryeong tempts the weary traveler to tarry: beyond the tunnel is a second rest area with plenty of chairs and benches. The area is a jeonmangdae (전망대), which can mean "observatory," but in this case means what we Americans would call an "overlook," i.e., a platform giving a view down into a valley. Plenty of those along Skyline Drive, near where I used to live in Virginia. 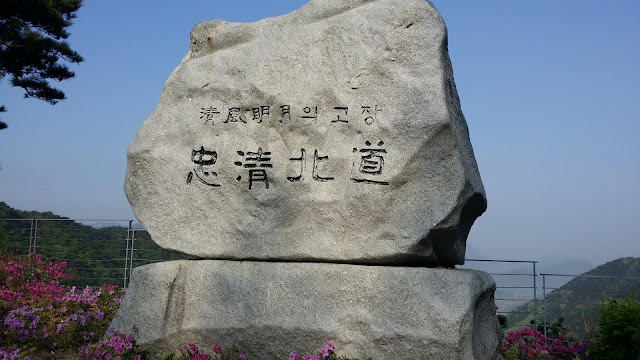 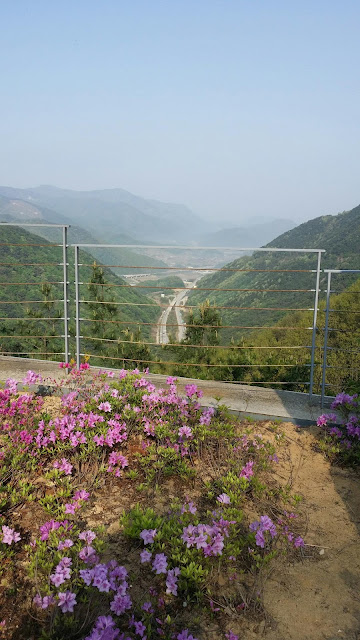 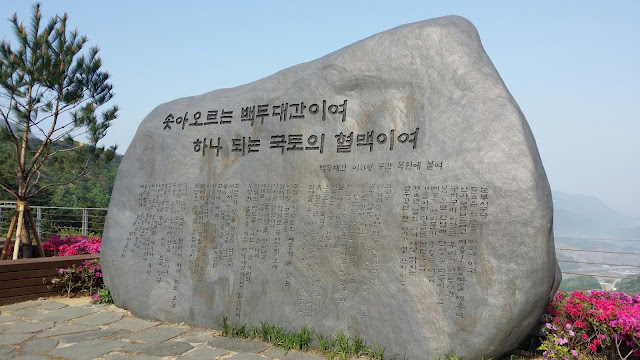 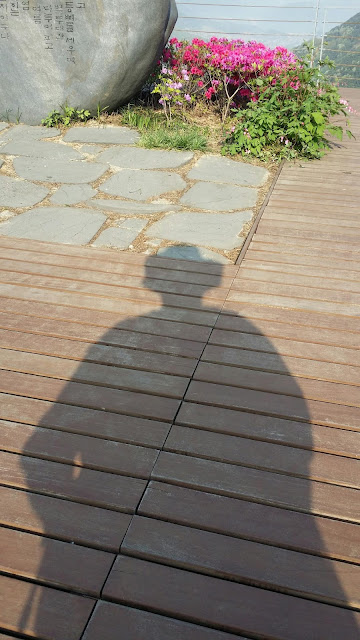 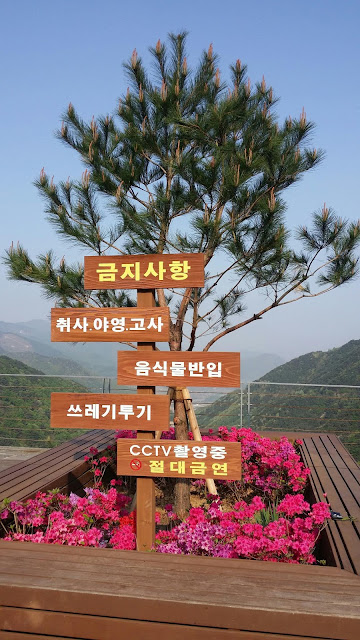 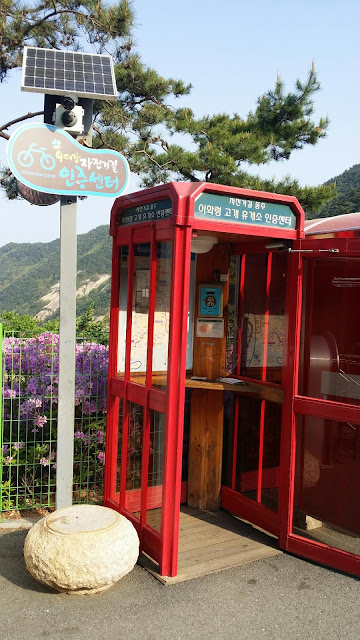 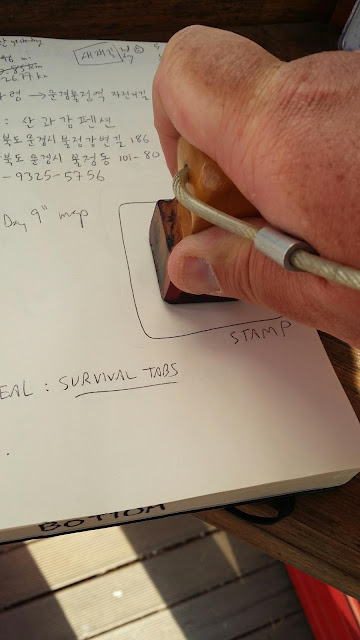 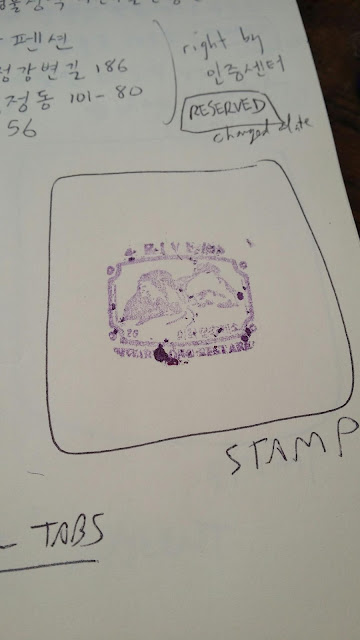 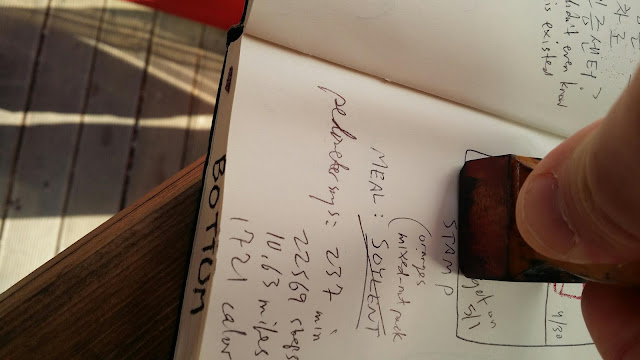 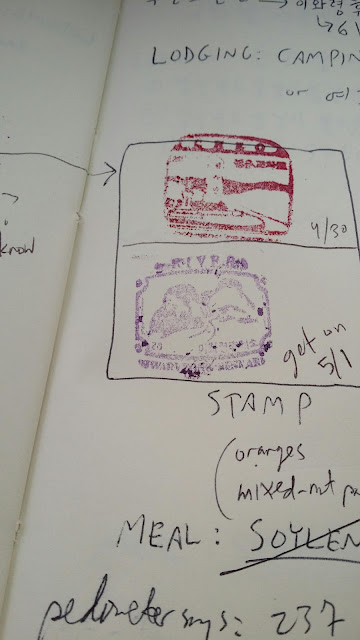 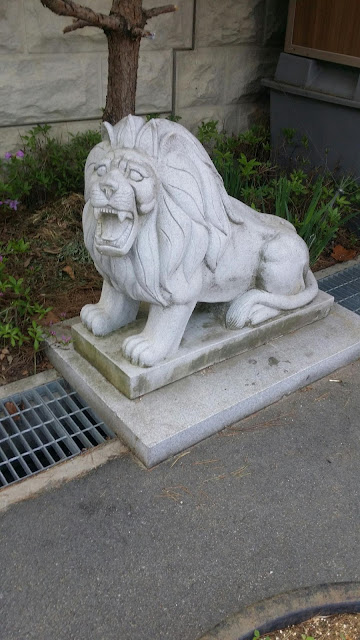 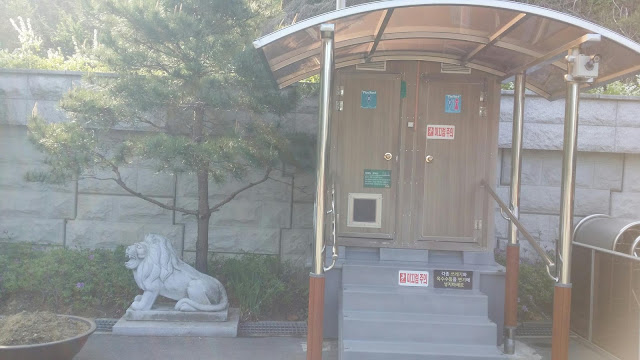 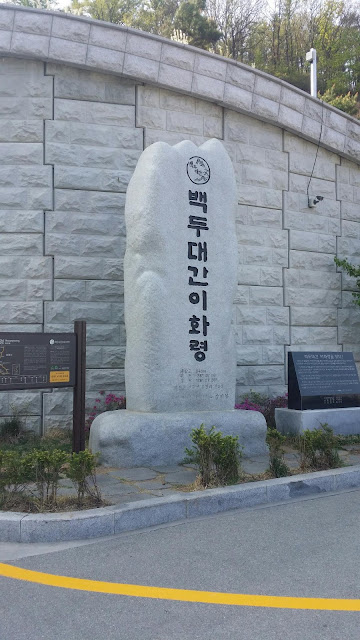 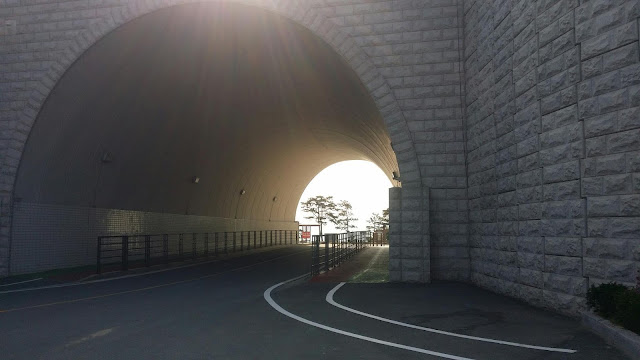 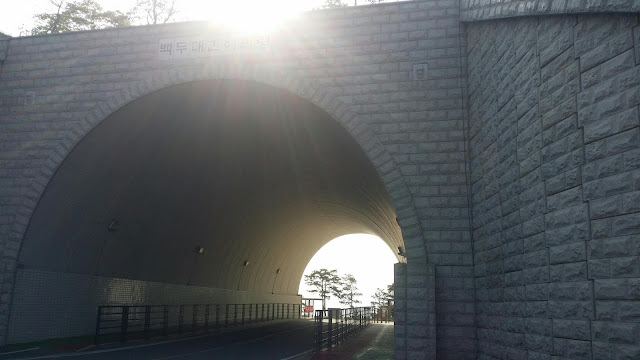 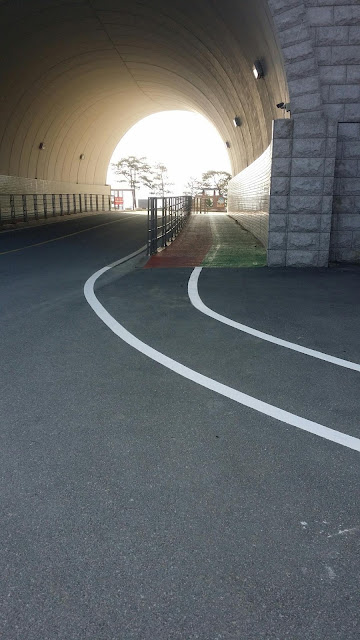 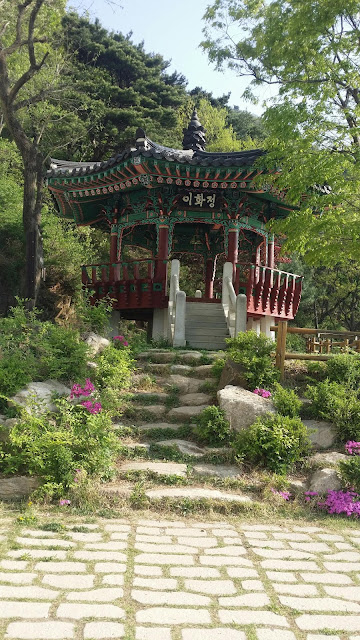 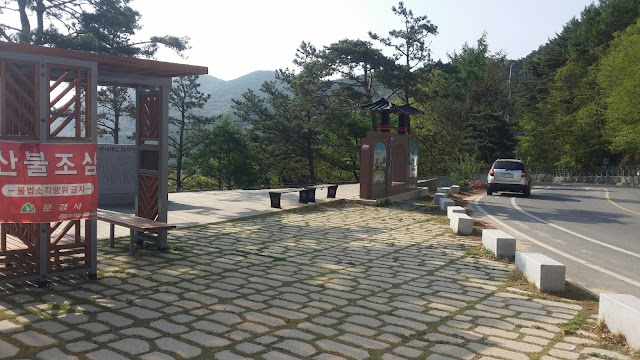