Walk Thoughts #183: sights along the way

With the trauma of the possibly nasty graffiti behind me, I rambled on until I saw a restroom with two pink doors so that each sex could feel equally feminine. Next came a birding area, with those huge lenses that will let you look deeply, deeply into bloodshot, murderous ornithoid eyes. The next shot came out far better than expected. Are those lilacs? (Probably not.) Whatever they are, they line the river and appear in patches the way the clover does. They're so ubiquitous that I think they should be the national plant. Next, we've got bridge construction, then another lone couch, followed by a baseball game, a flower, and a nice set of apartment buildings standing all by their lonesome. It was a beautiful day. 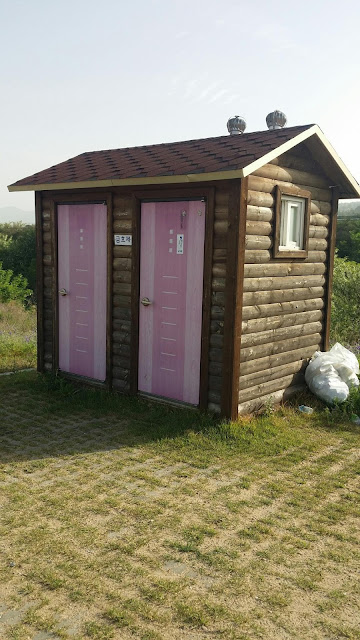 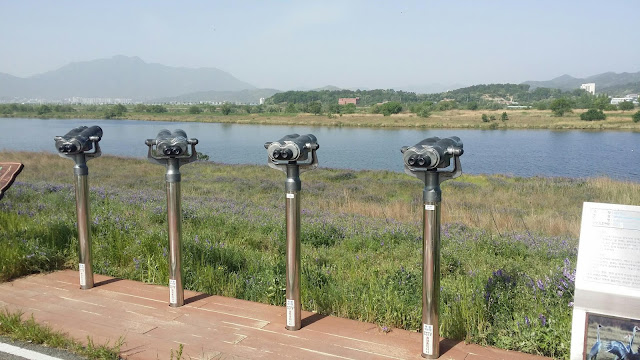 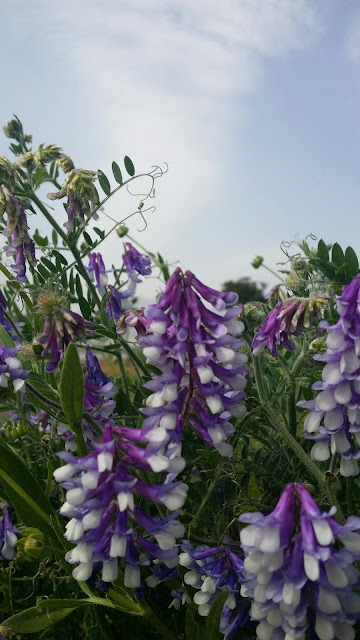 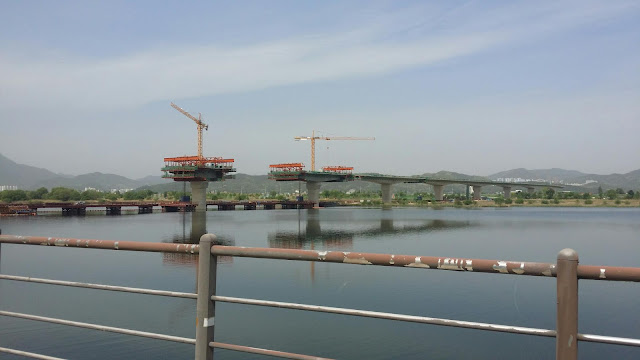 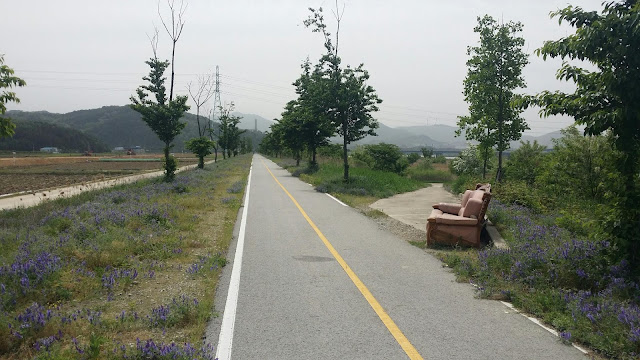 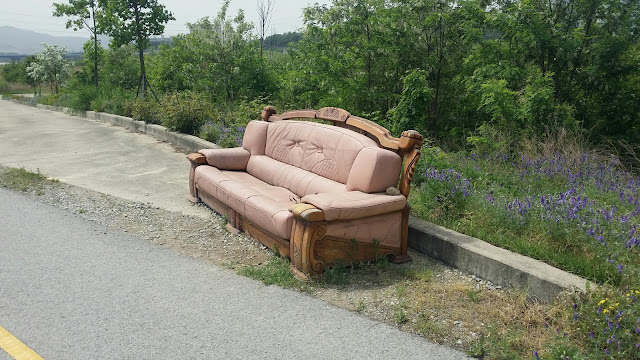 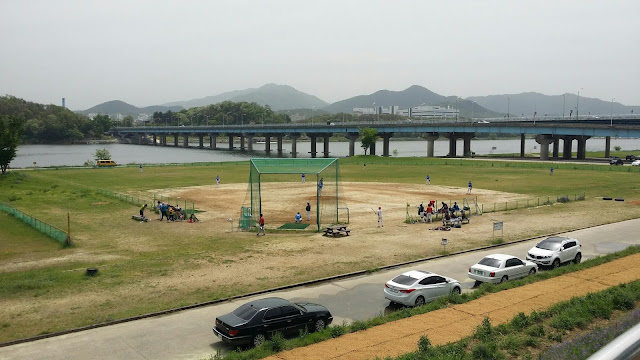 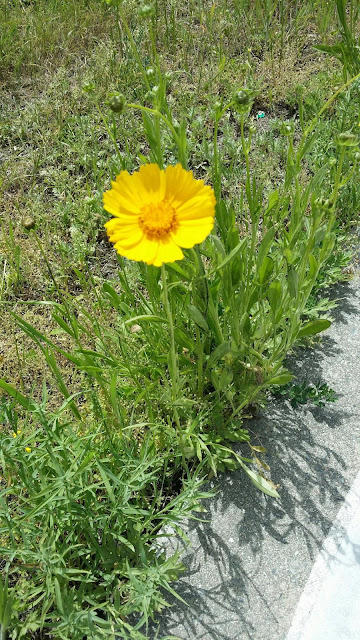 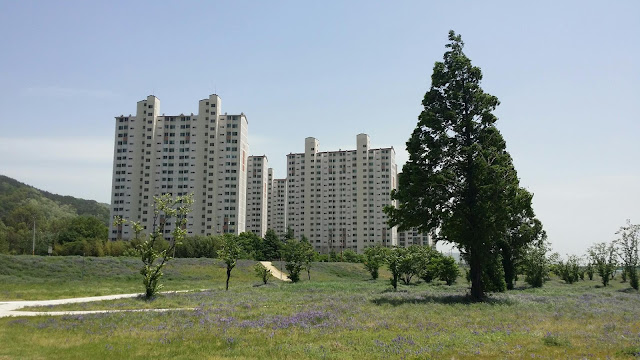