They apparently believe in siestas here in Yangsan: around 3:45PM, I was lumbering about town in search of an afternoon meal, but restaurant after restaurant told me they weren't serving. I finally found a sashimi place run by an old couple. They had a maeuntang-hwaetbap combo for W10,000, but only for at least two people. So I told the old lady to give me a double order. Maeuntang, which literally means "spicy stew," is a seafood stew with vegetables and, as in today's case, little rice dumplings. I had forgotten how bony the soup could be; half my meal was spent picking spines out of my teeth. For a lazy American, this was a very inconvenient soup. Hwaetbap, meanwhile, is sashimi mixed with rice. The rice comes on the side; you mix it into your bowl of raw fish and greens, and then you add the various sauces, which are already tableside.

In the pictures below, you get a good look at the banchan, or side dishes. I took a closeup of the beondaegi, or silkworm pupae, that came with the meal. I ate about half of them before giving up. You'll also see a picture of a rarity: Reese's Peanut Butter Cups. At certain stores all down the country, I've been able to buy these little treasures, but they're godawful hard to find in Seoul. Another reason to walk this path again someday. 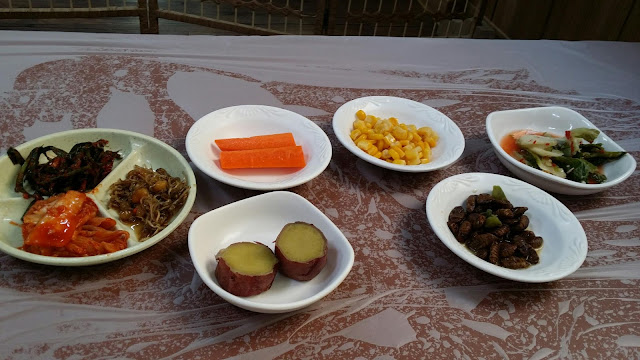 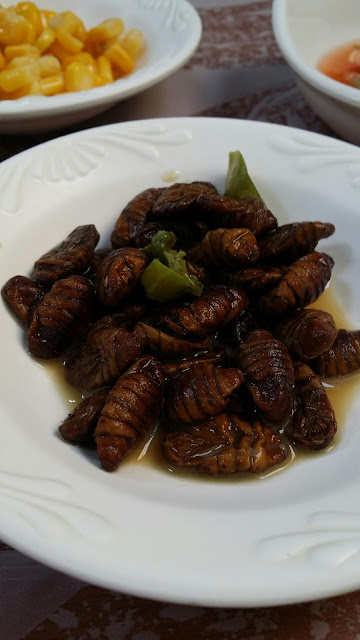 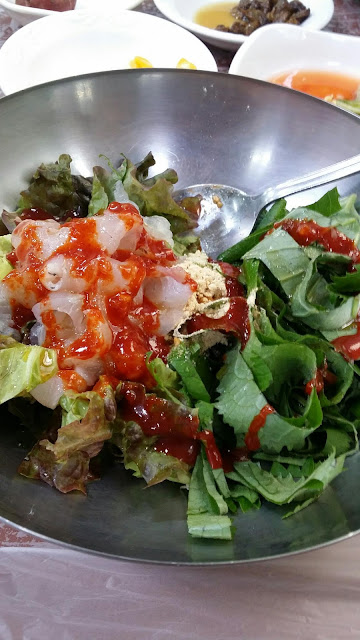 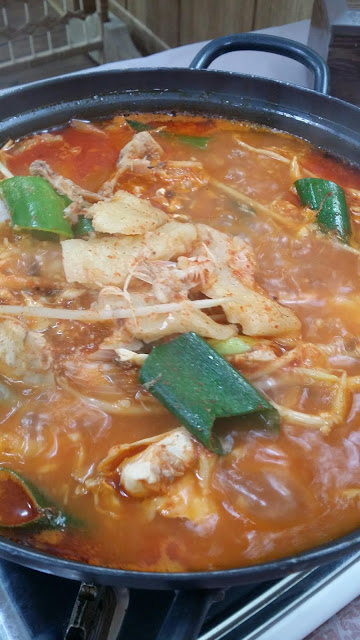 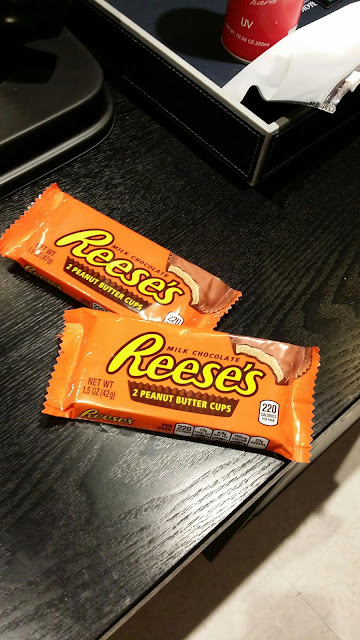