I encountered a curious threshold guardian during a hilly part of today's walk. I was passing a farmhouse that was down in a gulch when I heard a small dog yapping up at me. A larger dog was standing next to the yappy one, but that dog was a mere puppy whereas the noisy dog was an adult.

The puppy said absolutely nothing; it merely took the measure of me as I came closer to its territory before it decided what to do. Finally, it elected to charge uphill and intercept me. I did my best to ignore the pup at first, not knowing whether it would prove to be a biter. All the puppy did, though, was let me pass, then follow at my heels, sniffing avidly. (At this stage in my walk, I'm sure I'm an olfactory bonanza. The various scents I must be emitting at this point probably make me seem, to a dog, like some sort of five-dimensional being.)

I eventually concluded the puppy was too young to have acquired the anger and bitterness of dogs that spend their days standing vigilant against every potential enemy. I let it approach me, holding out a hand for it to sniff. And that's how I ended up taking the sequence of pics you see below.

I had to walk on. The pup followed me a ways, but its sense of boundaries took over, and it stopped after a couple hundred meters. Cute dog. I'd love to own one like that. 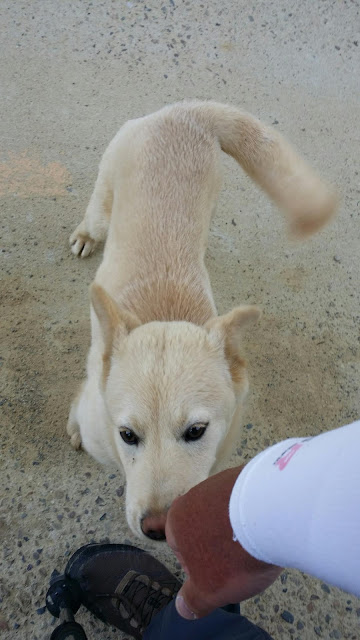 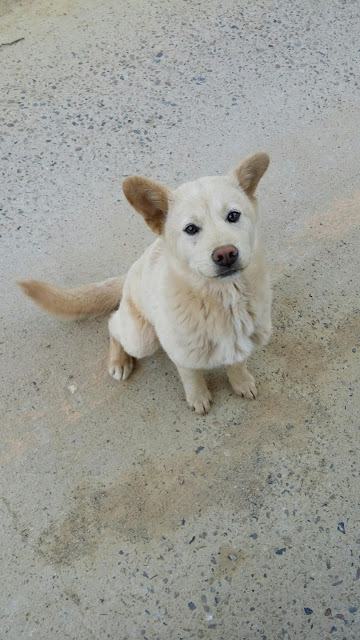 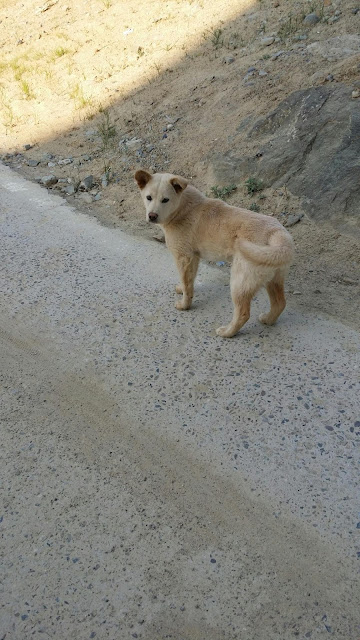