It took time and patience, since today's walk was over twenty miles, but I finally made it to Chilgok Dam (if I'm guessing the Chinese correctly, Chilgok means "Seven Valleys"). It was an especially beautiful walk. I had thought it would be hillier, but I was mistaken: the hills I encountered were all minor, more like slopes than like real hills.

Once again, lots of encouraging thumbs-up from people-- mostly guys, since the women who pass by are usually too busy trying to studiously ignore me.

You'll have noted the blue milestone indicating the very end of the trail, at the Nakdong River estuary (낙동강 하구둑), shows 230 kilometers to go. That inspires me to walk on.

Speaking of walking on, I'll be making up more of my skipped distance tomorrow. I need a total of about five hours, and my earlier make-up walk was about 1.5 hours long, so I may just do the remaining 3.5 hours tomorrow morning.

My pedometer added a new feature to its walk summary: approximate average speed. I'm surprised to see a figure of 2.8 miles per hour; I thought I was closer to 2.5. I'll talk more about this later.

The second photo below shows something I've seen a lot of on the trail: a restroom with a standing-urinal-only section that has, hilariously, saloon-style doors.

My final approach took me through a riverside park with plenty of families. There was an amusing water fountain with programmed jets that the kids were running through as if it were already summer. It was a perfect day to be out and about, especially after yesterday's rain. 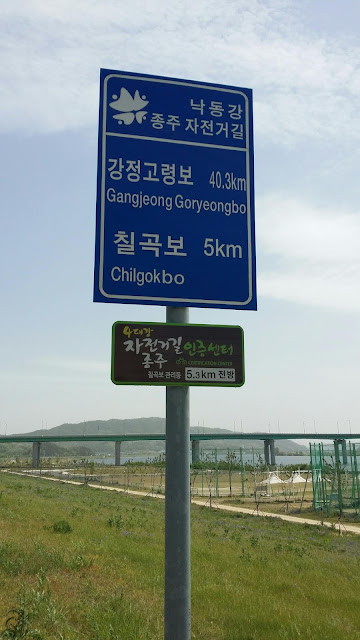 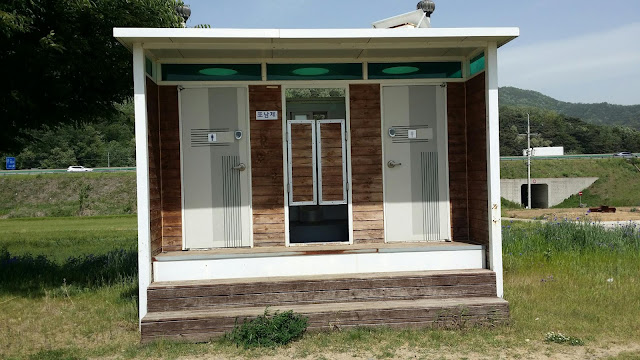 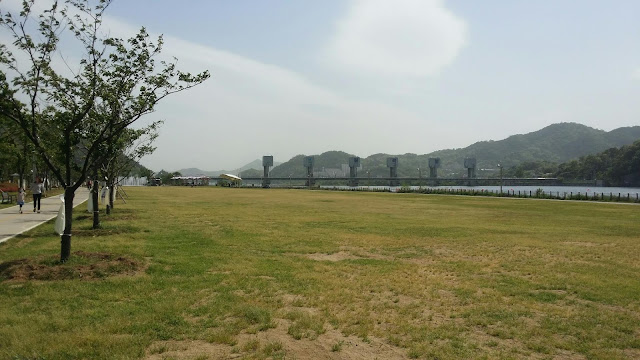 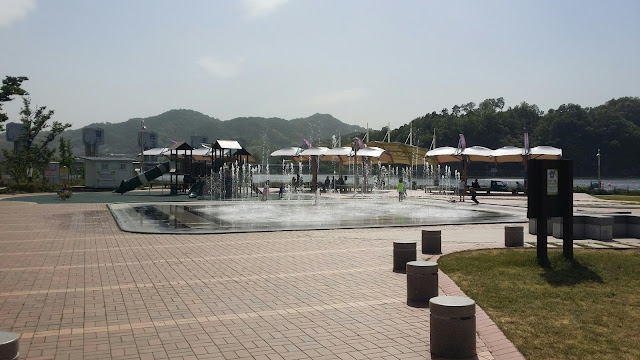 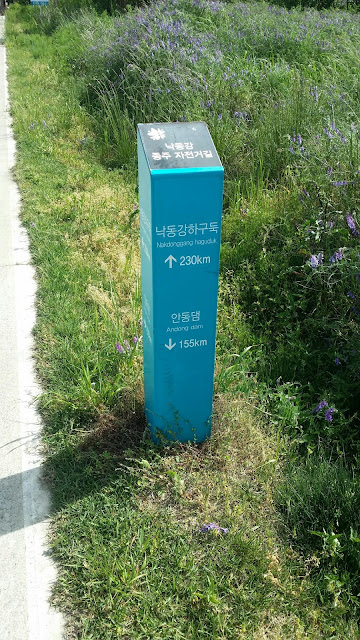 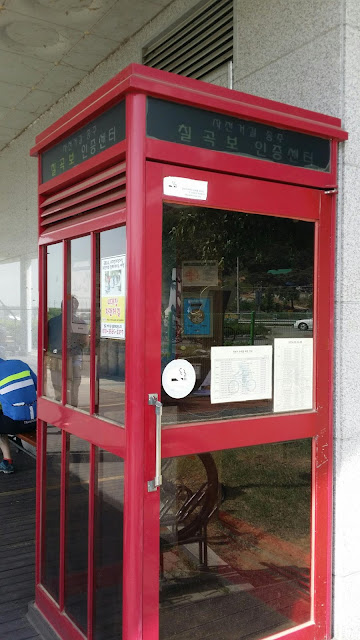 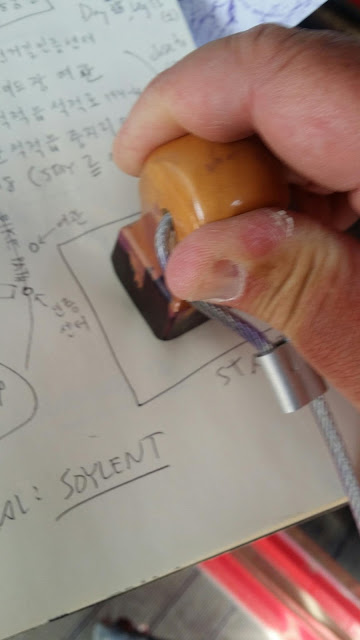 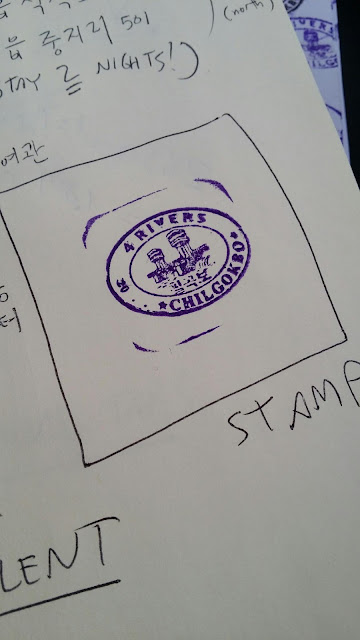