Today's walk was supposed to be just under 17 miles, but after all the wandering I did to get to a motel, I think it's closer to 20. Long day. Achy feet. Here are some pics. 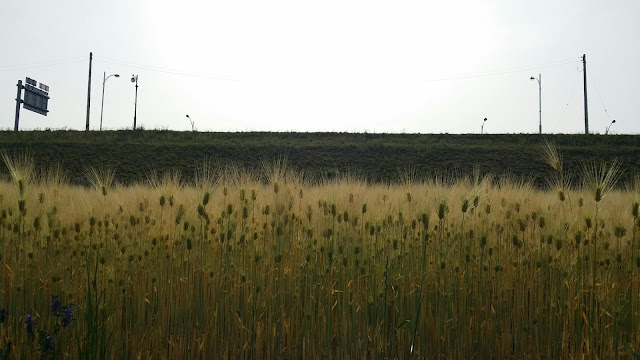 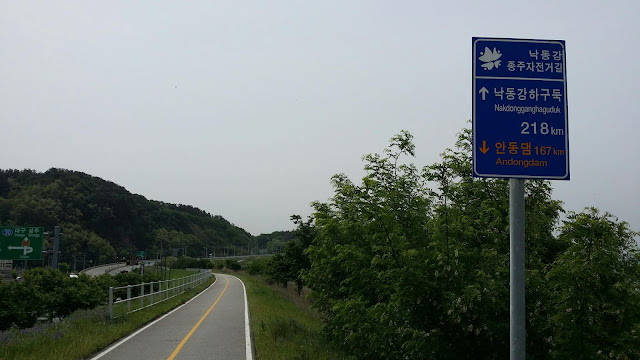 This section of the walk, the northern part of the Nakdong River, has featured a lot of submerged vegetation, including submerged trees. I saw those dunked plants and thought of "The Two Towers" for some reason. Ents taking a bath. 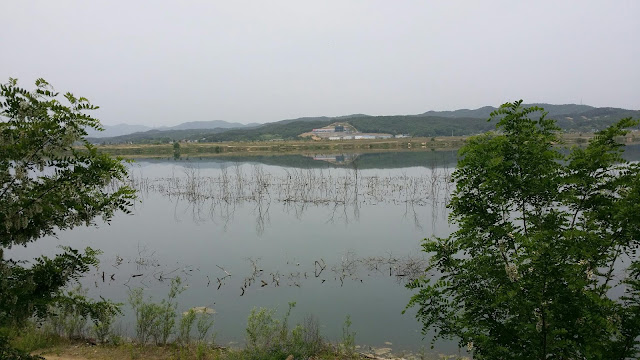 The distance to the estuary gets smaller with every step: 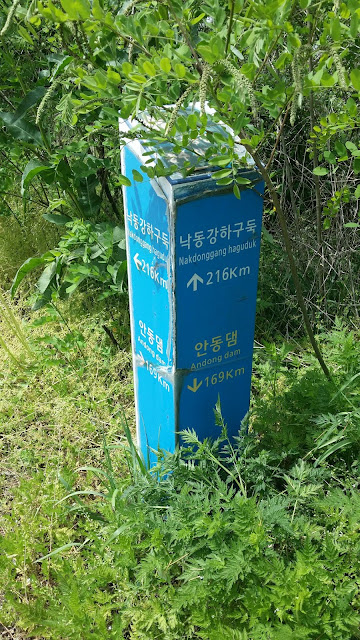 One of several baseball fields that I walked past: 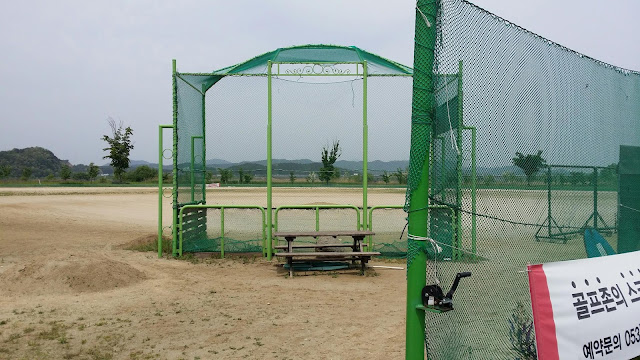 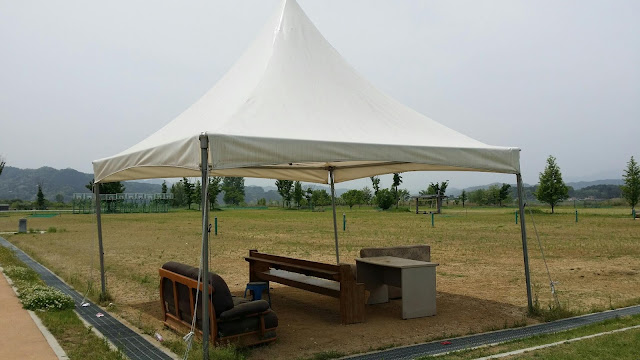 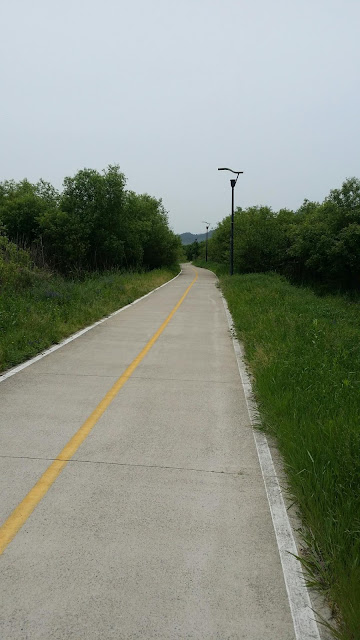 I saw several of these stacks of wood and wondered as to their purpose. Once again, my thoughts turned to The Lord of the Rings, specifically to Peter Jackson's awesome "lighting of the beacons" scene in "Return of the King." 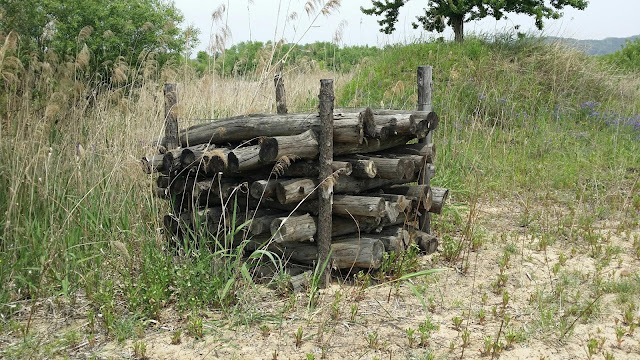 We need to talk about this beard of mine, which really isn't growing in. TL;DR version: I hate it, but it's on my face as a visible sign of my progress across the country, and as natural sunscreen. Once I'm done, though, the bastard is coming right off. 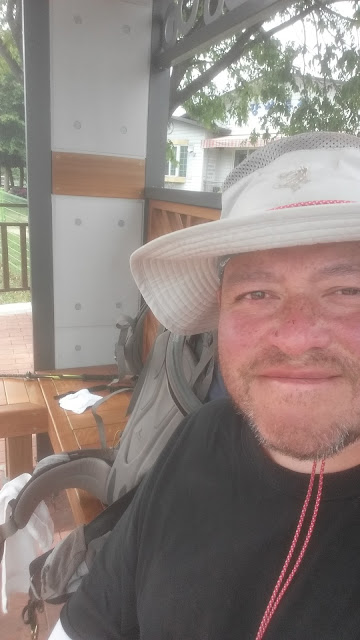 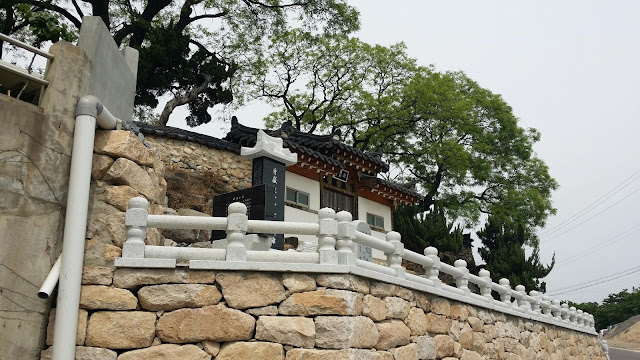 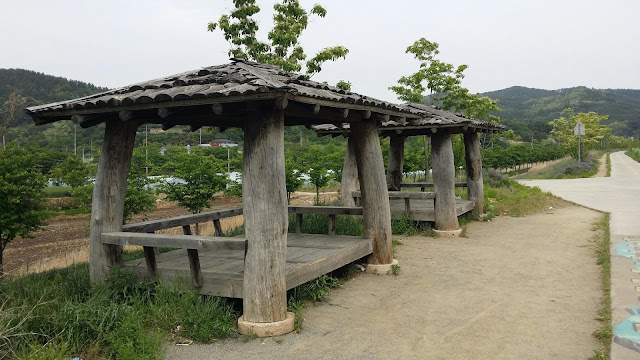 I've been learning plenty of vocabulary along the way. Here's "sharp curve" (급커브): 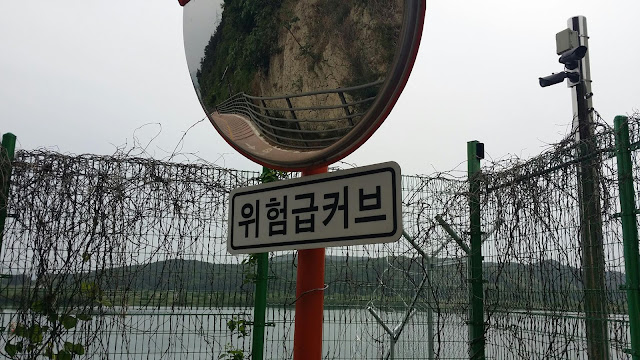 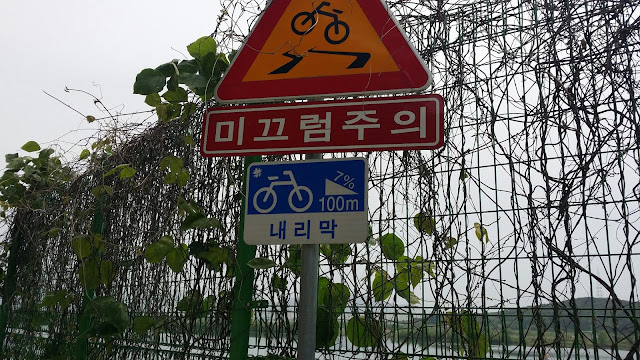 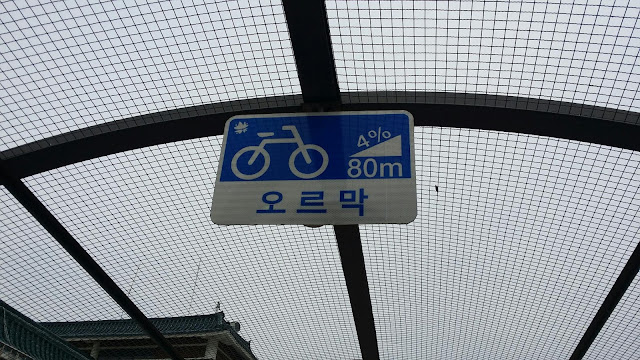 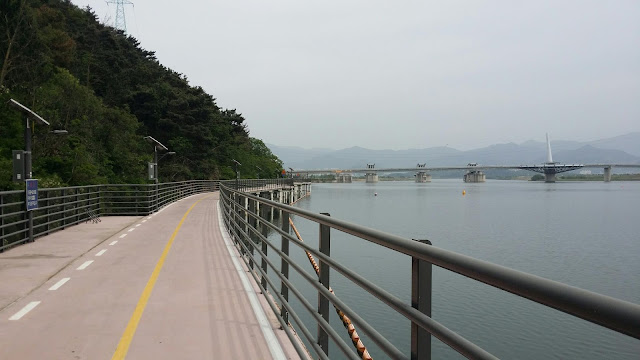 Unlike the way it's been with almost all previous certification centers, there were absolutely no signs leading up to this red booth. Because I'd been constantly, neurotically referencing Naver Map, I knew the booth was coming up soon, but its appearance still took me a bit by surprise. Yet there it was, in all its suchness. The dam first: 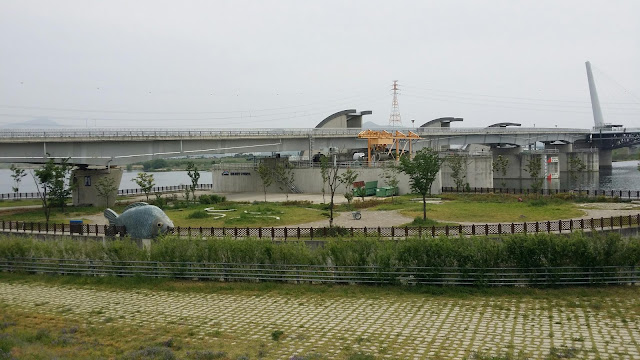 A closeup of that freakish ichthyoid: 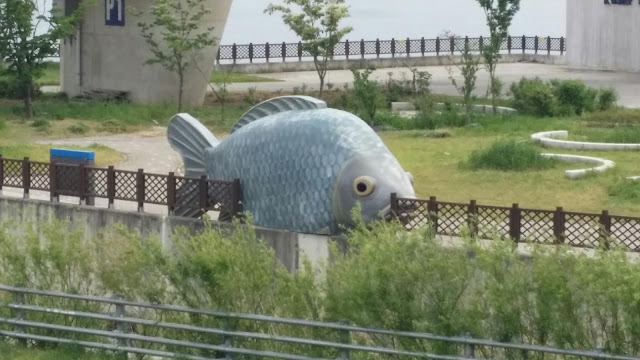 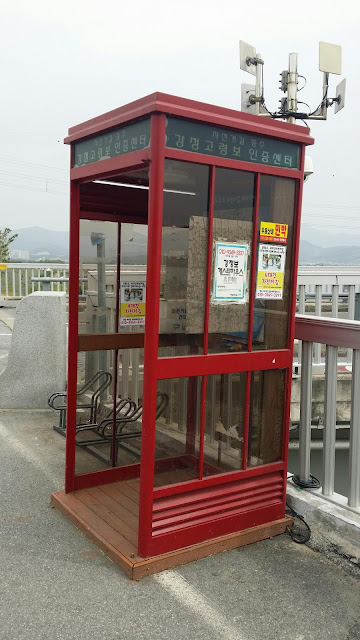 The moment of truth: 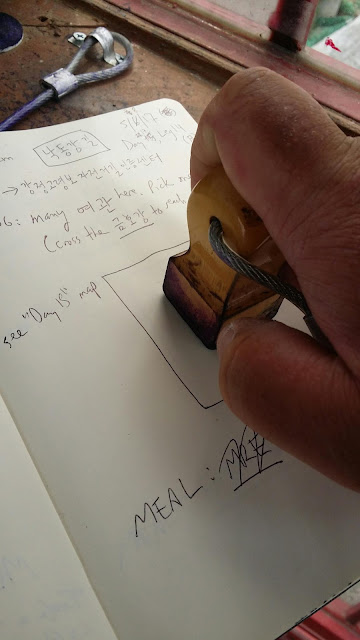 The moment of proof: 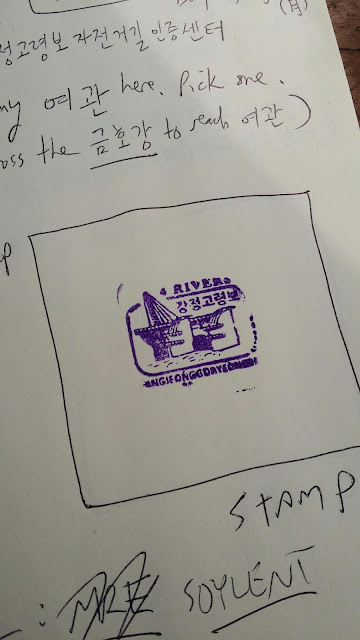 A shot along the top of the dam, which I didn't cross: 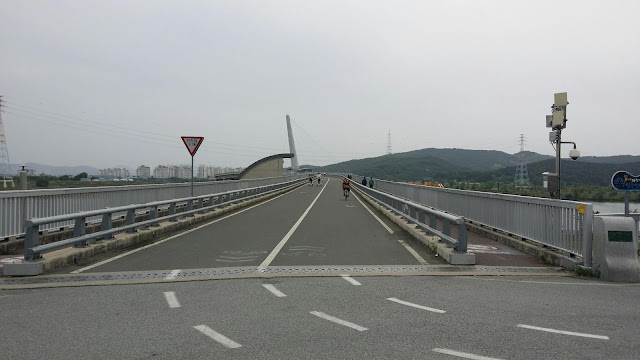 Then I began the long walk into town. Did I tell you, by the way, that this is the west end of Daegu? That's right: I have now walked from Seoul to Daegu, and I'm back in my old 2013-era stomping grounds. 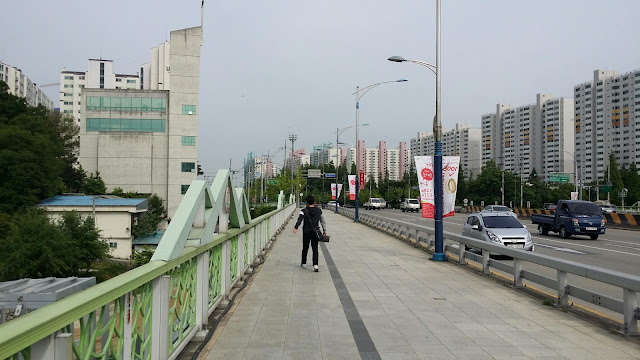 It took me nearly an hour to find my current digs, but I'll talk more about that when I write the day up. Sit tight and stay tuned.