On my phone's map, there appeared a zigzaggy little jog where the path did a little N-shaped maneuver. In real life, this jog ended up being almost three kilometers long, and the whole thing felt like a huge waste of time. I imagine that, for a biker, the jog wouldn't have been consequential, but for a walker, it meant a significant amount of time out of my day.

I had seen a distant shwimteo before I began the jog; I decided I'd rest once I reached it, which was the better part of an hour later. That's where I met six or seven more people, a few of whom I photographed. First was a fifty-something gent who told me a bit about the history of the area before the advent of the bike trails; next came a group of high-school students who were interested in my walk (again: scale, not motives). Finally, there was a hilarious older man who started smoking the moment he got off his bike and sat down, and a cheerful thirty-something guy who did more listening than talking. The smoker asked me almost the exact same questions the old lady had asked me earlier in the day. I regret not having taken pics of the final two guys.

My other close encounter was with goats. 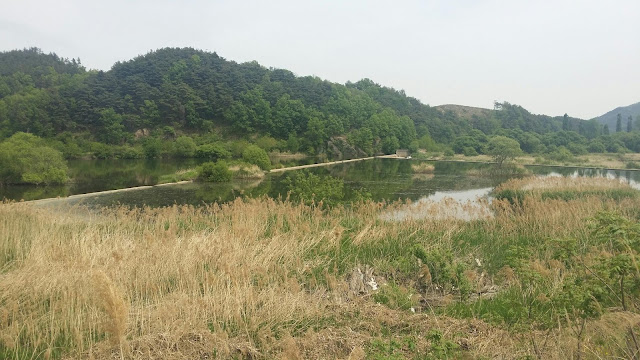 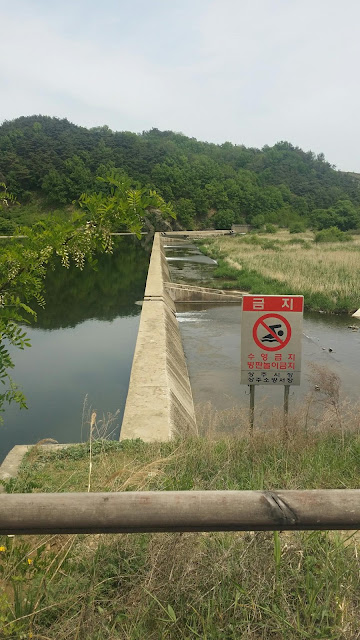 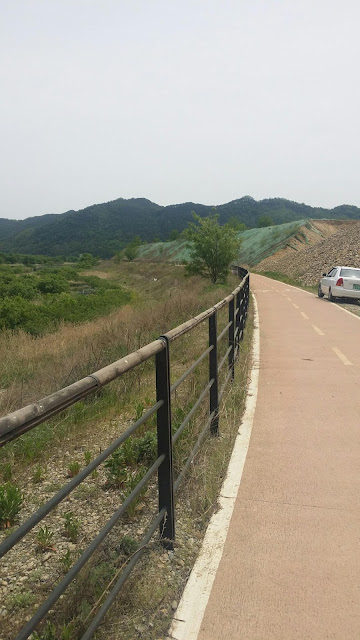 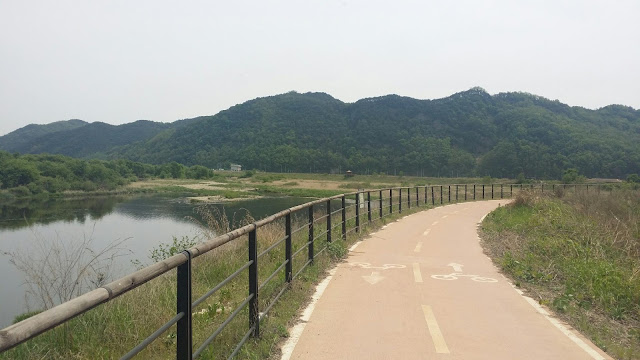 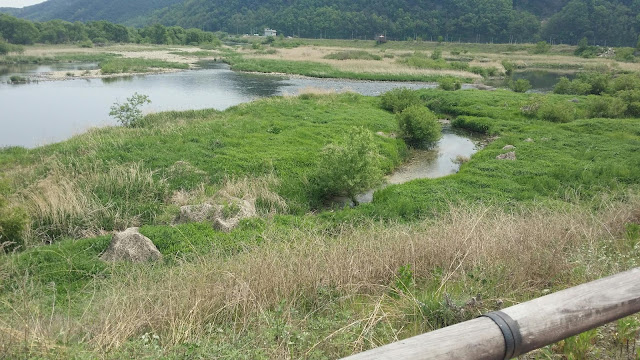 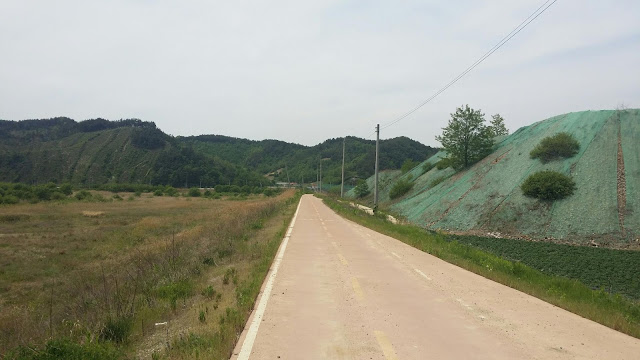 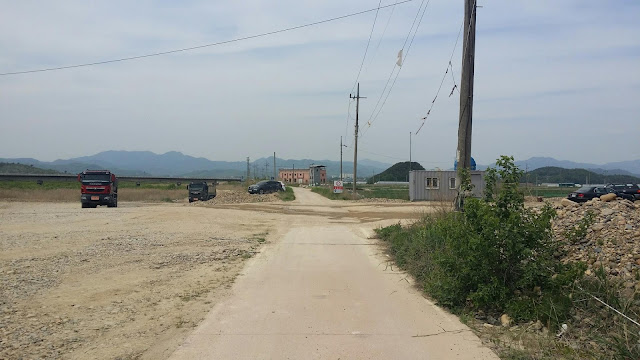 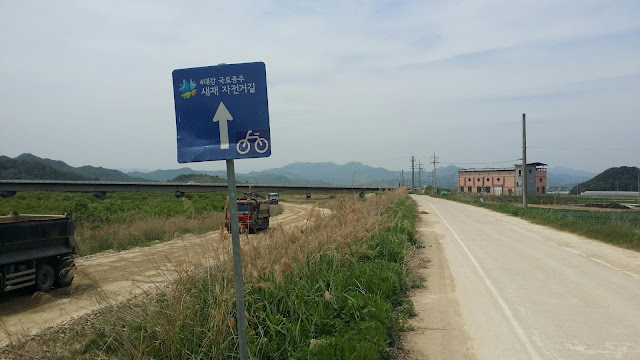 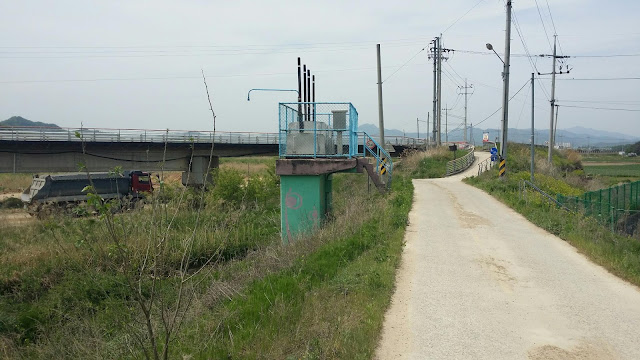 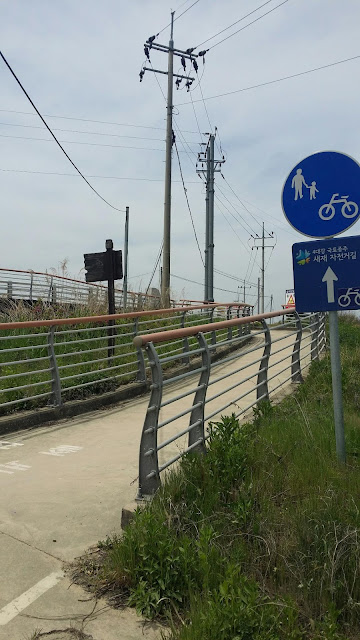 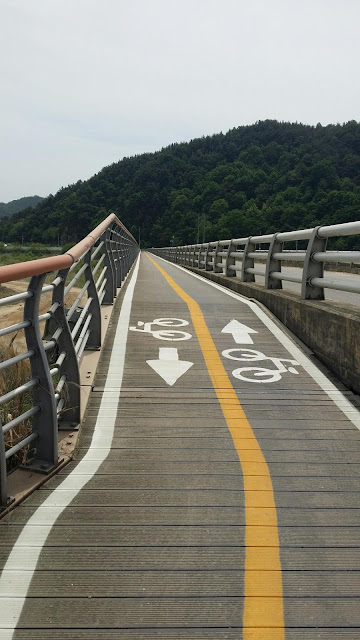 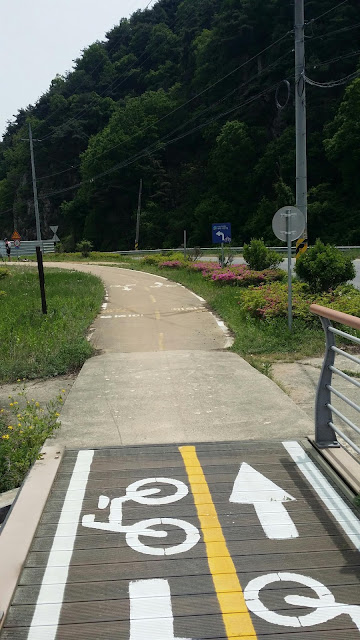 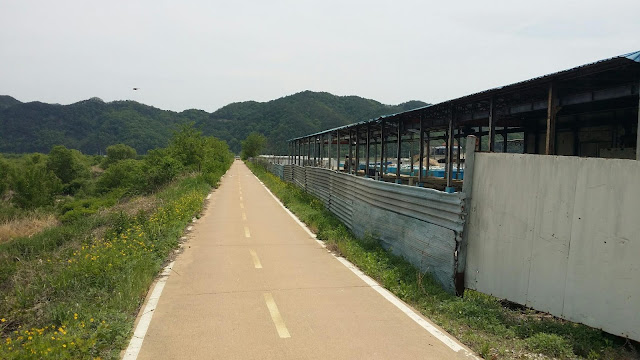 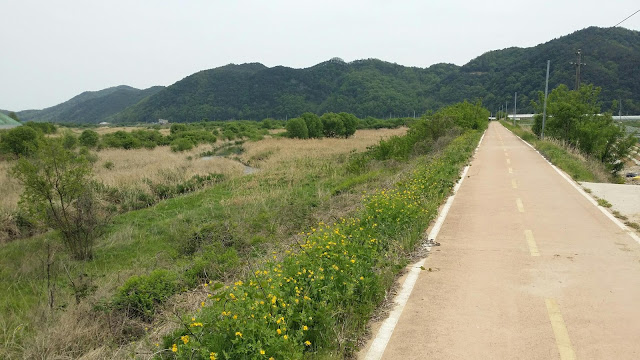 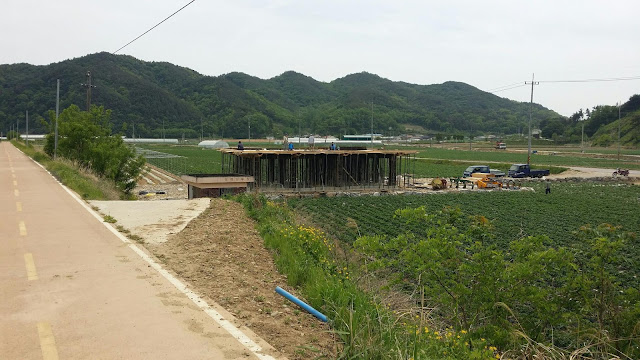 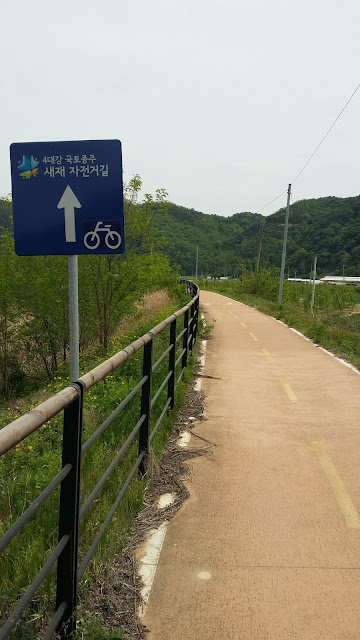 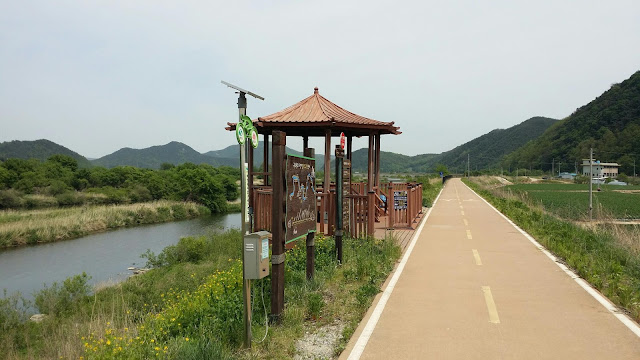 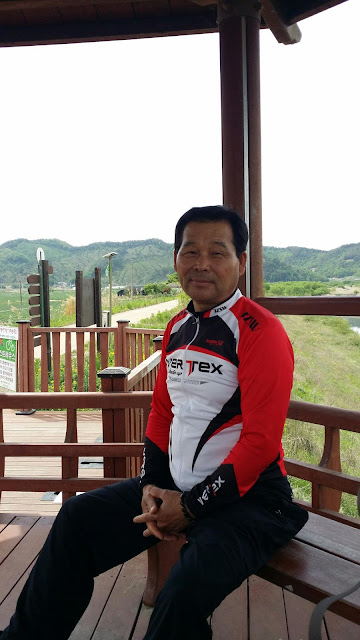 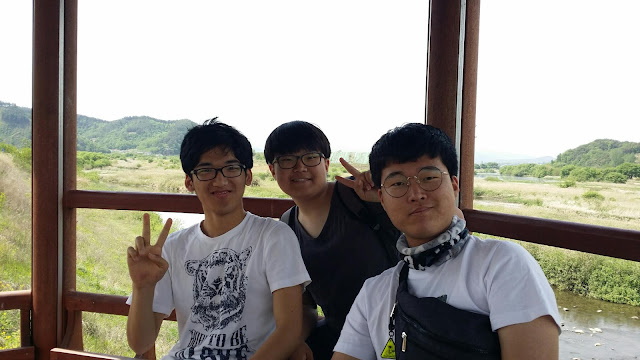 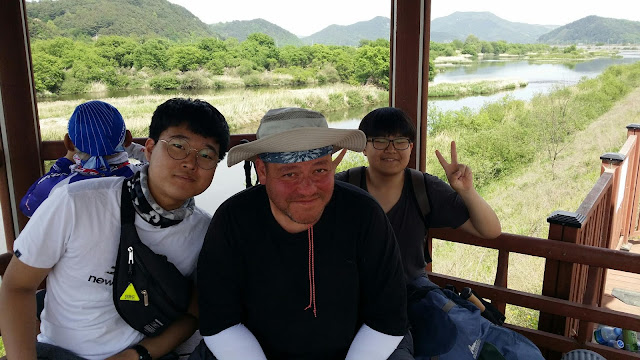 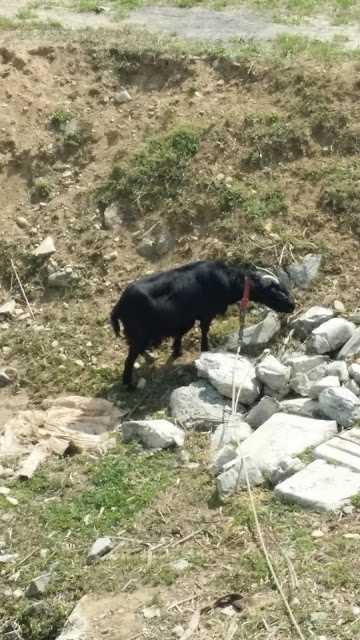 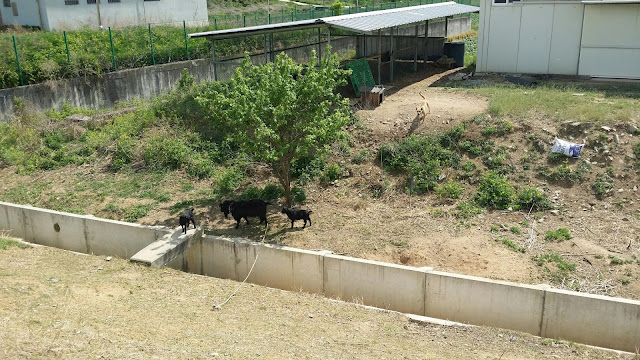 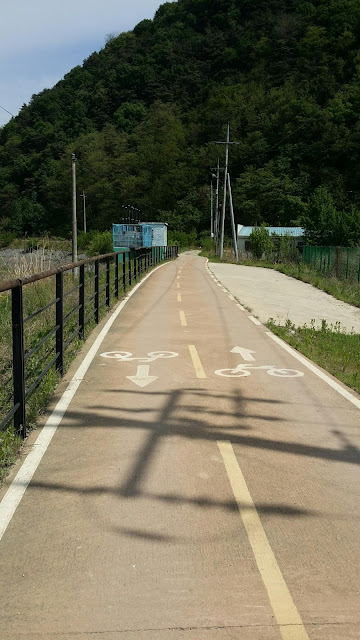 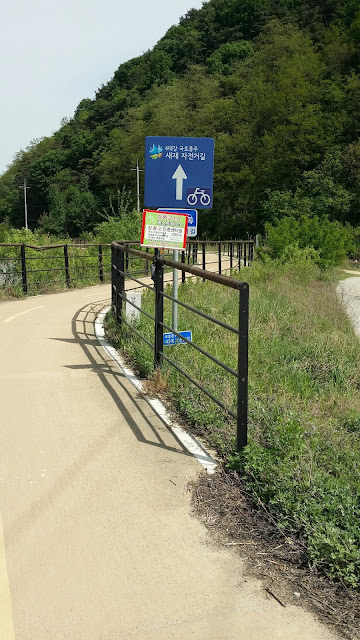 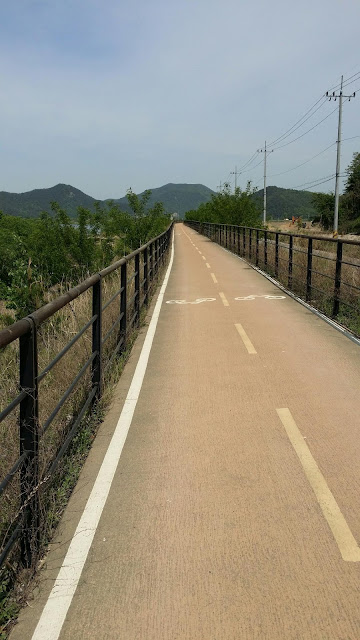 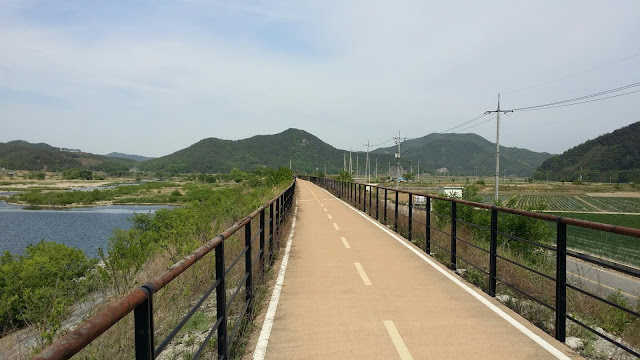 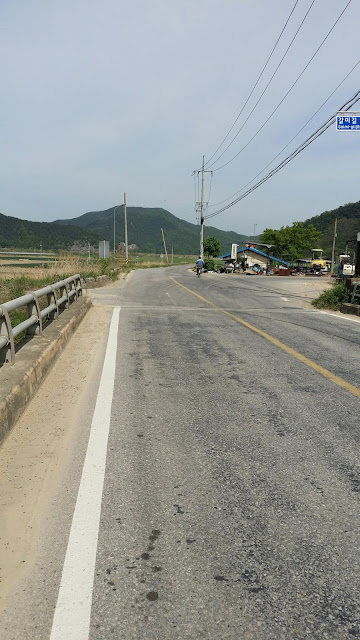 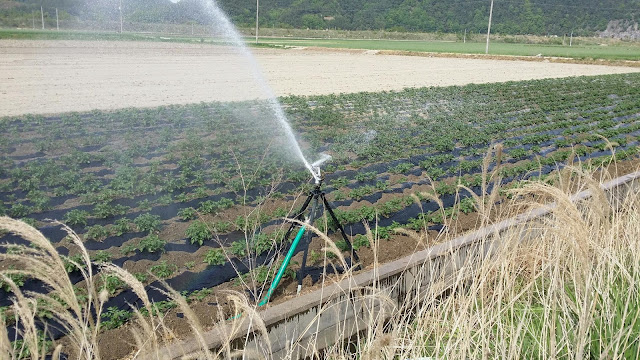 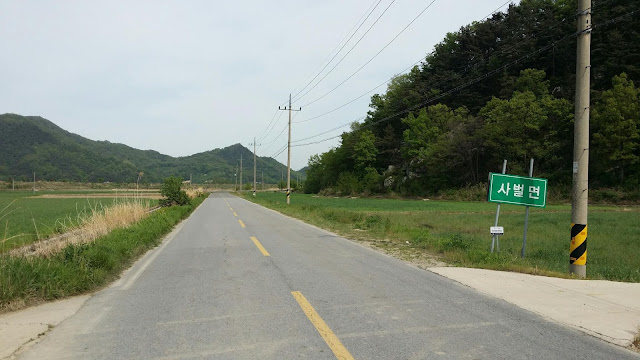