Walk Thoughts #126: departure and the start of the 2nd mountain

The day started off misty and gloomy. The sky eventually brightened as the local star worked its work from 93 million miles away, burning out the fog and normalizing visibility.

The second mountain prophesied by the sashimi man took me by surprise in the same way that the first mountain did: I belatedly realized I was walking up a steady slope, then I slowly realized the slope wasn't leveling off. Pretty soon, I was looking down at the expressway from a great height, and that's how I knew that, yeah, I was hiking up my second mountain. Assuming the sashimi man wasn't lying or mistaken, I am now done with the worst that the Saejae can throw at me. If I walk this way again and divide my route up the same way, I'll know that the mountains come on Days 2 and 3 of the 4-day hike across the Baekdu Daegan range. I'll also know that there will be no extremely steep slopes: instead, both mountains will feel like a protracted version of Namsan in Seoul, except that I'll have a pack on my back.

I've learned much since 2008, though, so the Saejae mountains couldn't mess with my mind the way the mountains of the Pacific Northwest did during my 600-mile walk. There's this psychological trick that mountains like to play on you: you're huffing and puffing around a bend, and for a few minutes, it seems as if you're reaching either a level spot or the top of the path, and everything's going to be downhill from here. Then you finish going around the bend, and... ha ha! Still more uphill! I don't fall for that trick anymore, having trained myself not to have expectations or wishes when it comes to reaching a summit. Now, it's enough merely to have quiet faith in the universal truth that Spock mentioned to Valeris in "Star Trek VI: The Undiscovered Country": all things end. It's enough for me to know that, no matter what happens, I will reach the summit. Because nothing goes uphill forever.

I ended up not minding all the sweating and gasping. Call it beginner's luck, but the first and second mountains really weren't as bad as I'd thought they would be. I was also thankful that I had to tackle the second mountain early in the day: I wouldn't be speaking so bravely if I had to hike up that monster in the afternoon, with 15 miles behind me. It was also fortunate that I changed plans and stayed at a yeogwan last night: this gave me a night's rest between mountains. Had I stuck with my original plan, I'd have done both mountains in one day, a feat that would have left me a wreck.

Here's the first of many batches of photos. 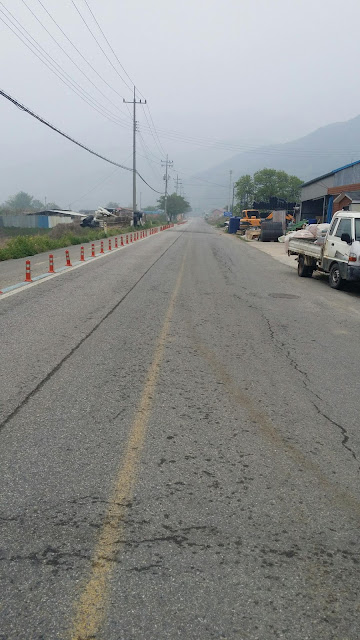 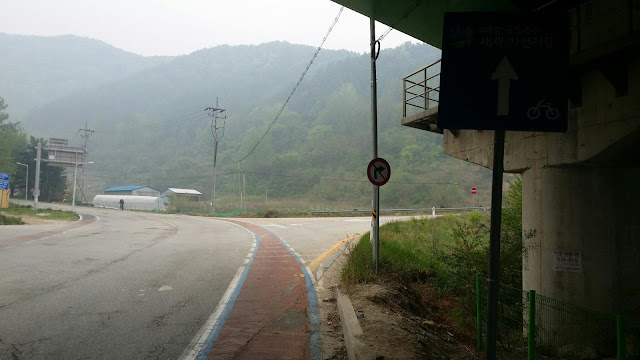 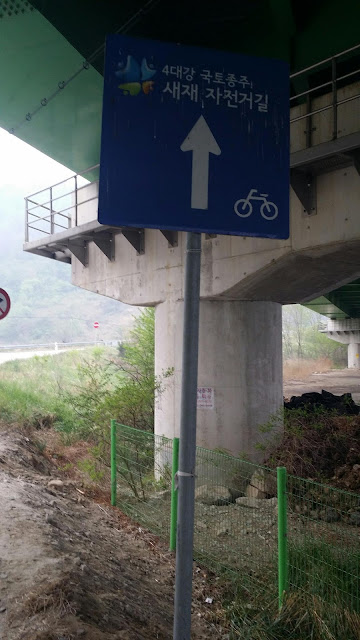 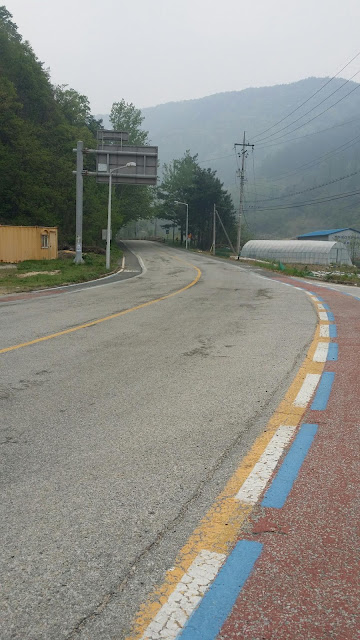 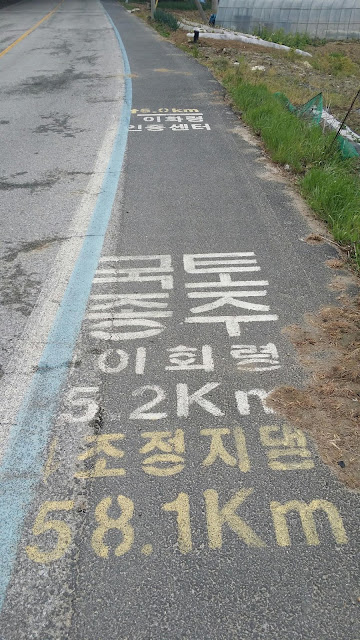 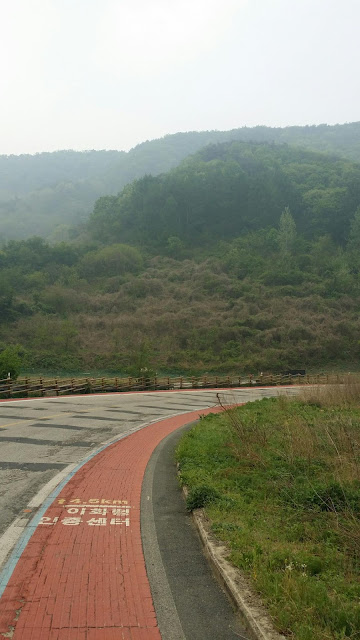 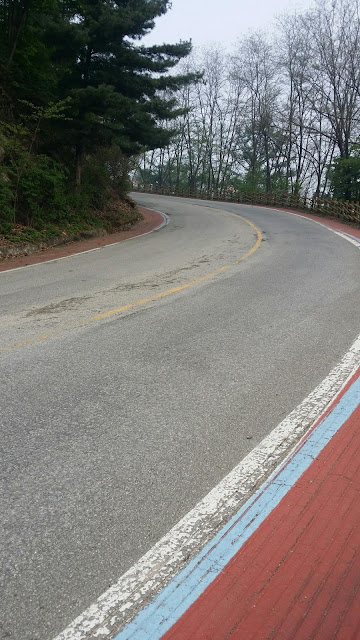 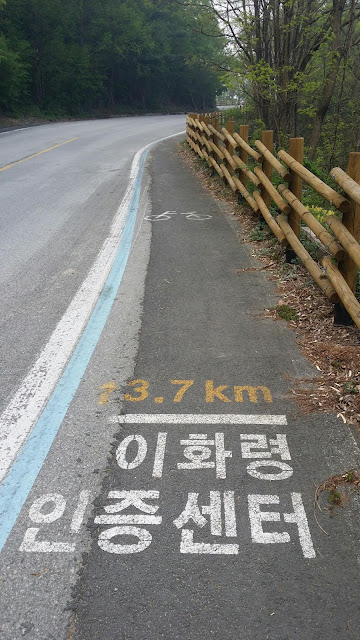 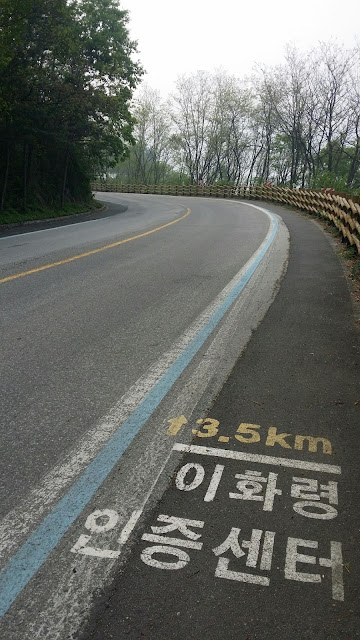 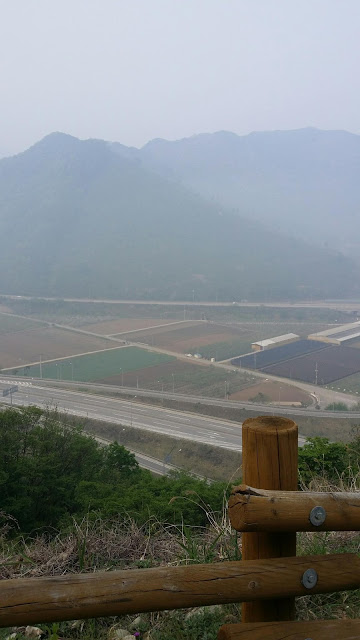 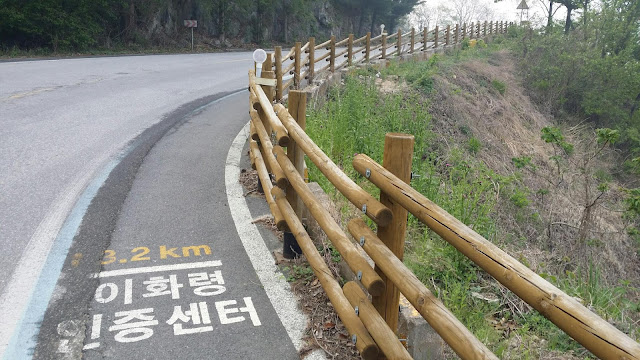 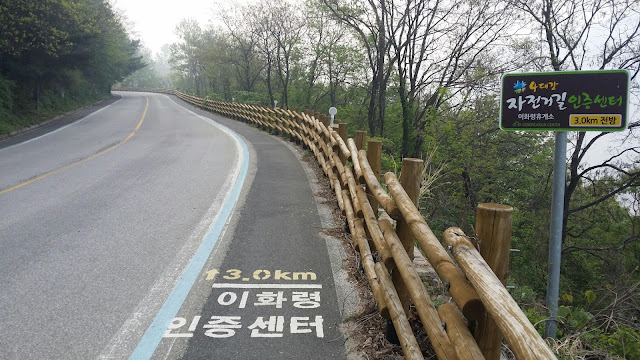 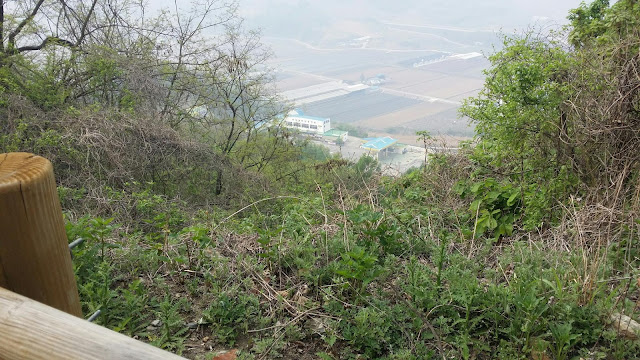 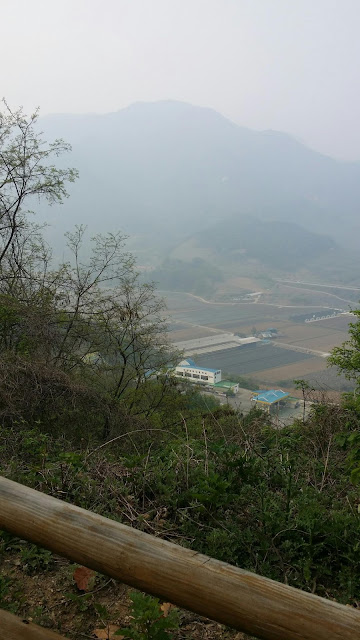 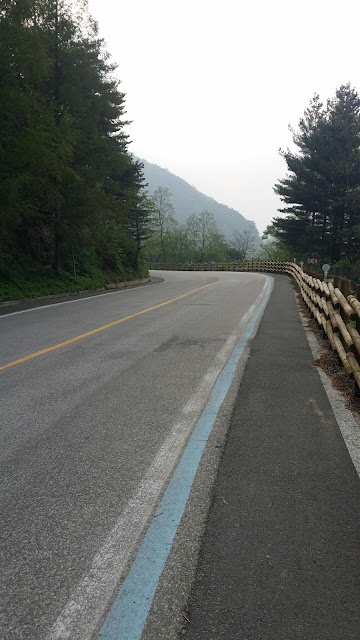 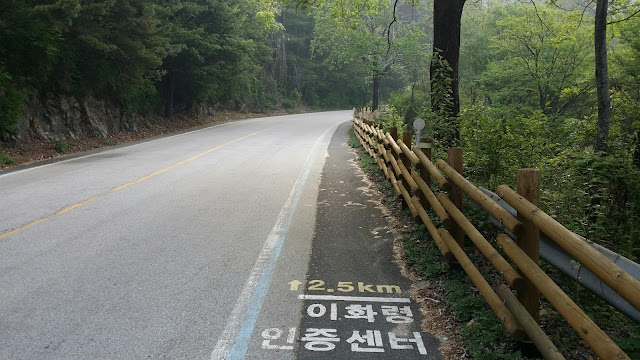 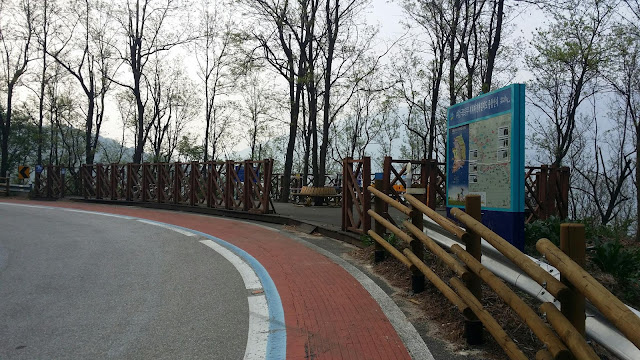