Back on the road.

Of note: I took a break beneath a bridge and photographed my backpack. You'll notice the two plastic jugs that used to hang outside the pack are now missing. That's because they've migrated inside the pack which, thanks to the lack of bulky MREs, can now hold both bottles. I needed to fill the space, anyway, to keep the pack from collapsing.

Also of note are some pictures of a dam that I passed but didn't cross. In truth, the Four Rivers path ran across the dam, but Naver was telling me that the shorter route to my goal meant not crossing over. God knows why, but I'm trusting Naver on this.

I'm about two hours out from today's destination. Will do the rest of my pic uploads then. If I have a desktop computer at the new place, I'll go back and fill in comments for the previous pic dumps. 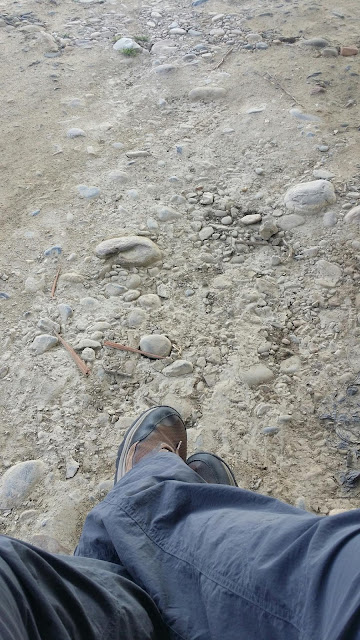 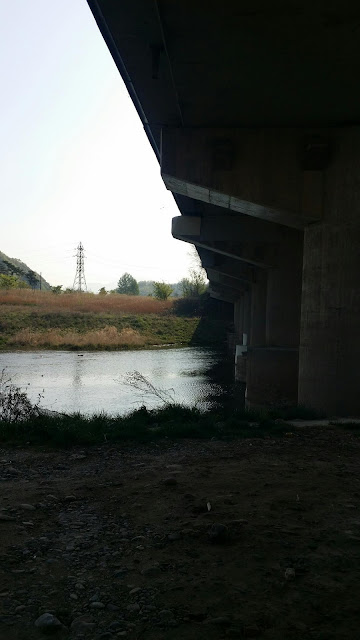 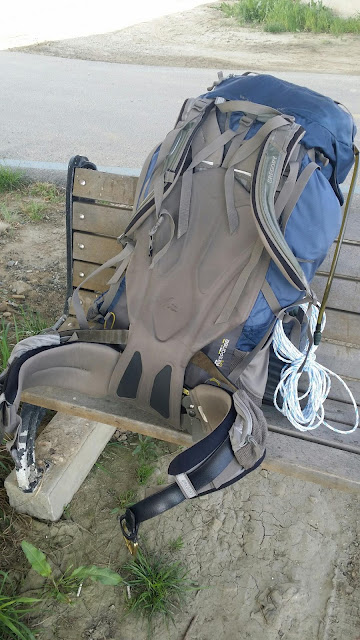 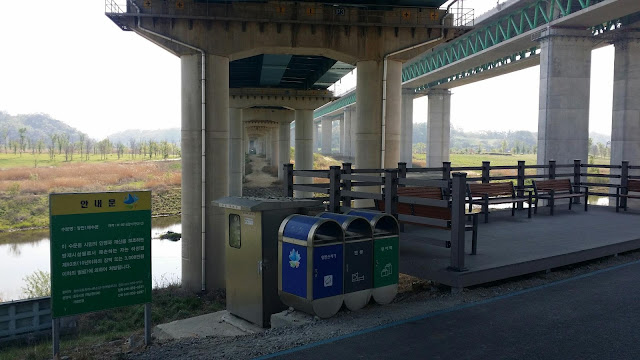 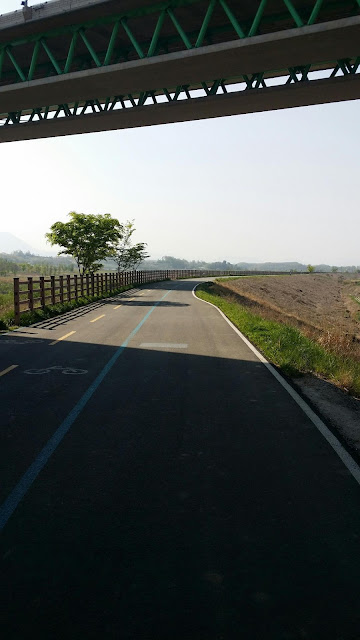 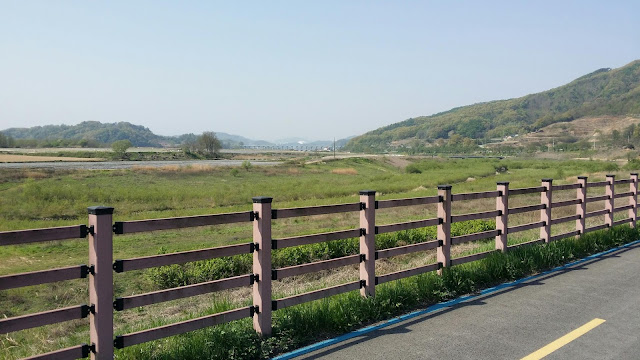 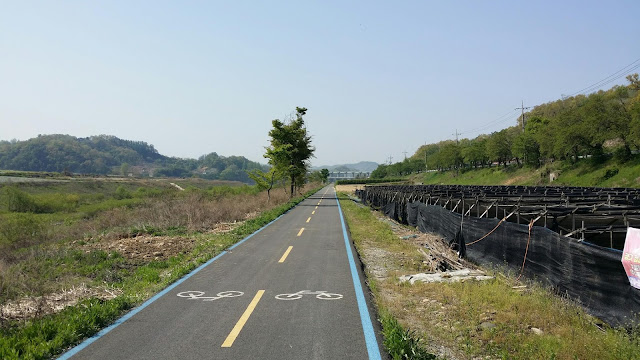 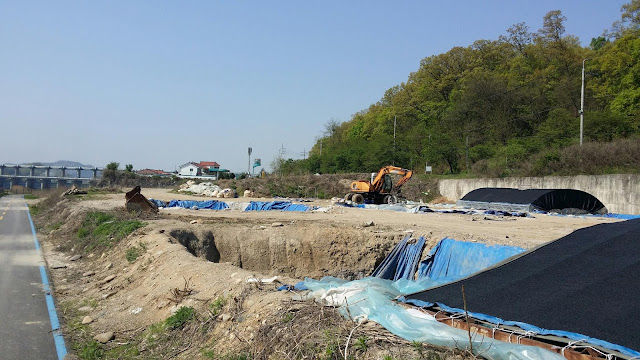 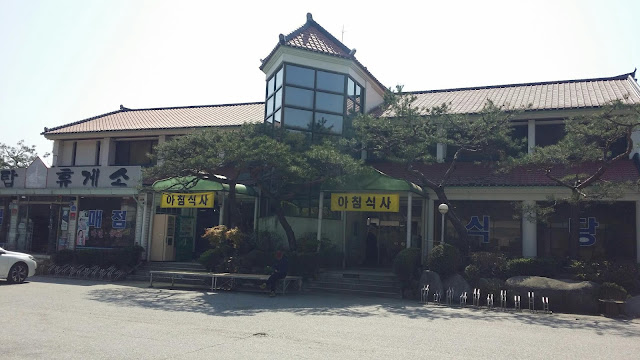 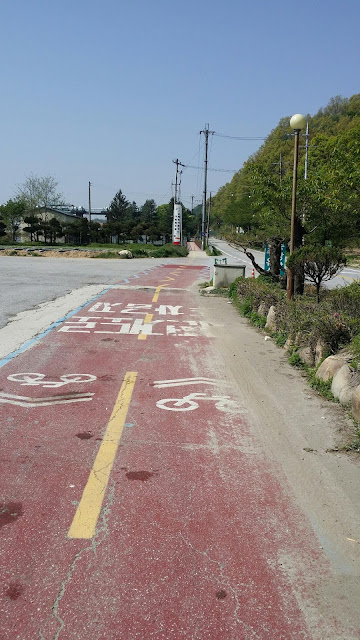 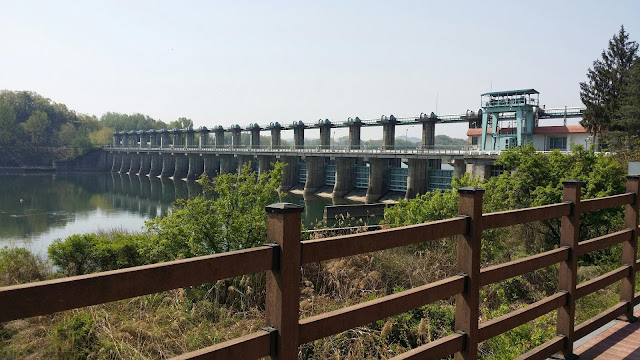 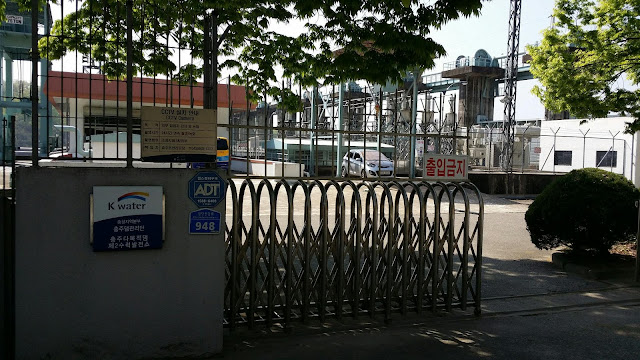 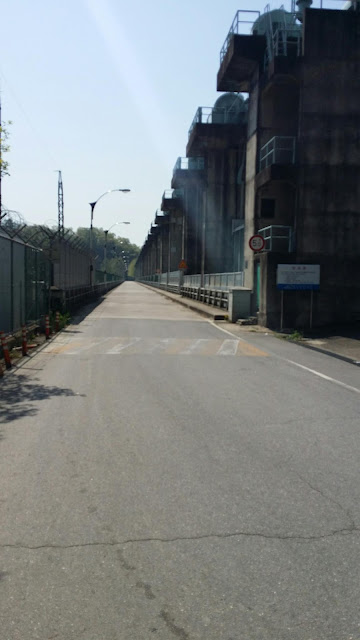 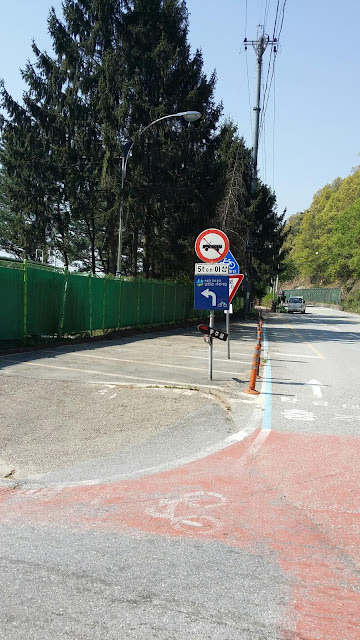