To get the Yeoju Dam certification stamp, you have to cross the dam from the east to the west side. One of the last parts of today's walk involved a windy crossing. I met a gaggle of Korean gentlemen when I was about halfway across; I bowed in greeting, but one of them chose to speak to me. Happily, he did so in Korean instead of seeing a foreigner and feeling obliged to speak in English. (As you know, my attitude is that, if I'm living in Korea, Koreans have every right to expect me to be able to function in Korean. It's the same attitude I have as an American when it comes to foreigners who wish to live long-term in my country.) Speaking for the group, the gentleman asked me where I had started from and where I was headed. I told him I'd started in Seoul and was headed to Busan. "Wow, you're great!" he said (daedanhashineyo!). I bowed in thanks; the men actually broke into applause. It was a friendly moment, but a bit surreal. 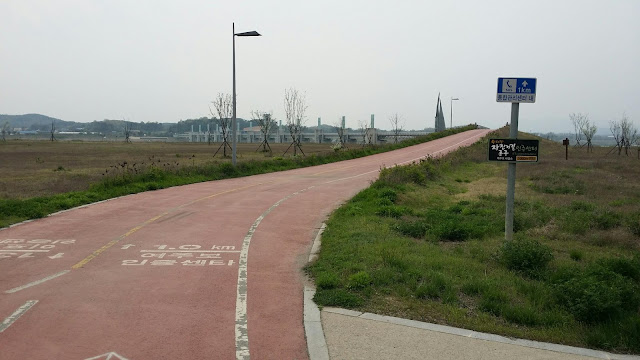 The beginning of the river crossing: 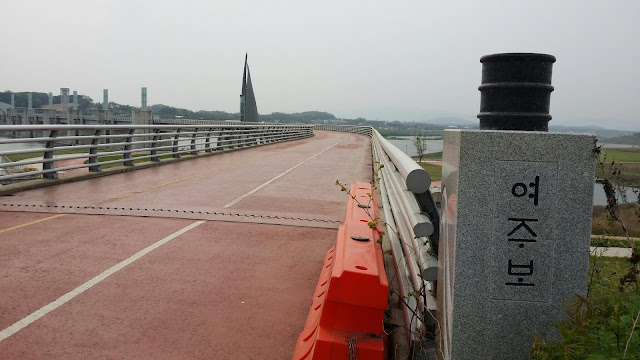 More of that awesome landscaping, with the hypnotically crisscrossing sidewalks: 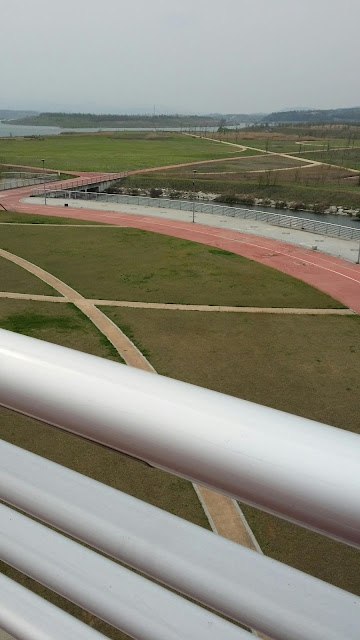 I'm still not sure what this structure is. Maintenance accessway...? 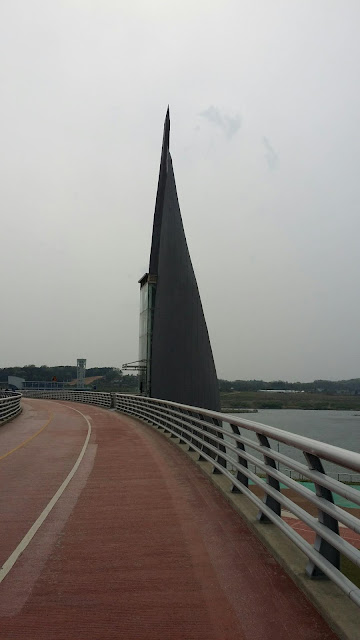 Music blared from speakers spaced along the dam's top. Classical music at first, then vomitous K-pop. 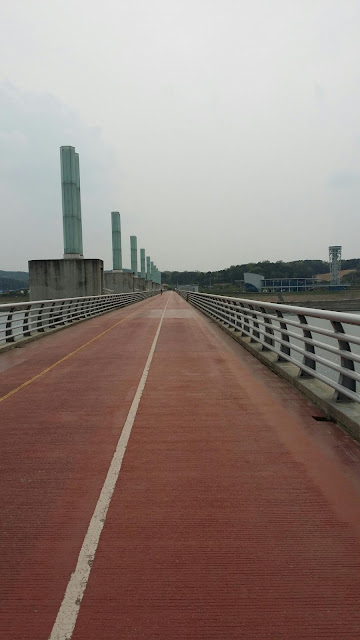 A display of old-style hangeul: 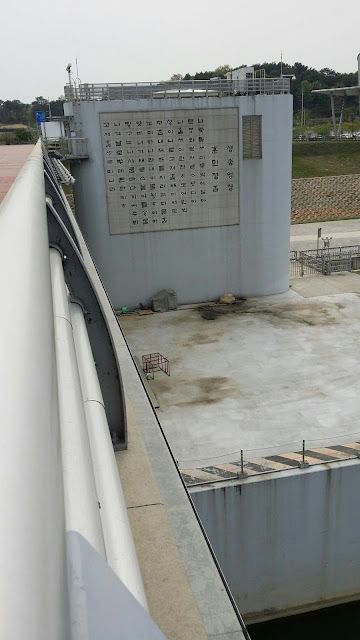 A shot of the admin building that also housed a 7-Eleven convenience store. I bought myself two Snickers and a Coke, thereby undoing the benefits of most of my day's exercise. But I was beyond caring. 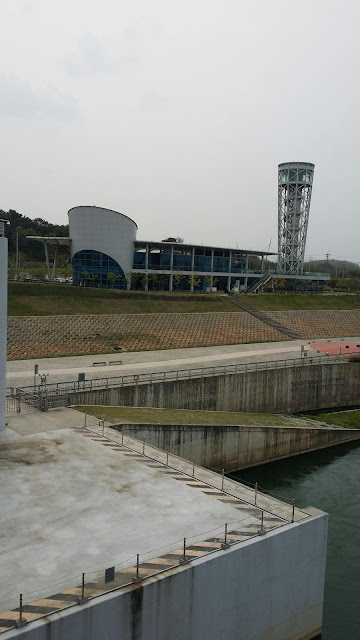 At last: the certification center! 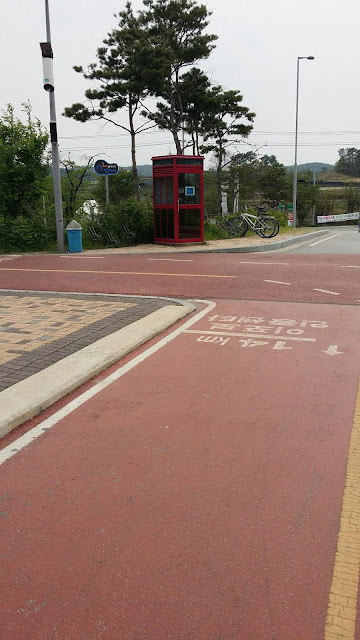 A shot of the red TARDIS and the happy sign next to it that also identifies this as the bikers' certification booth: 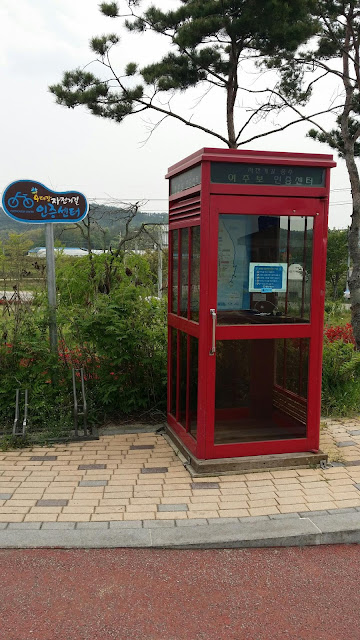 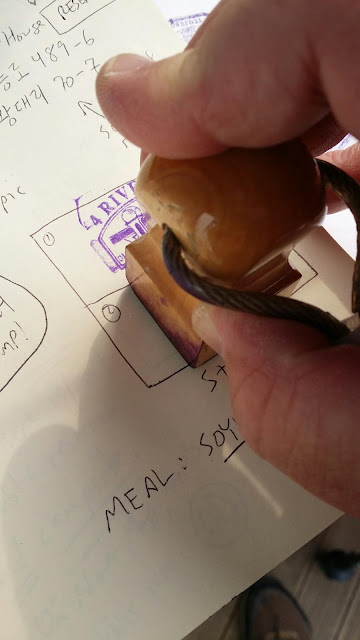 My "Kilroy was here" moment: 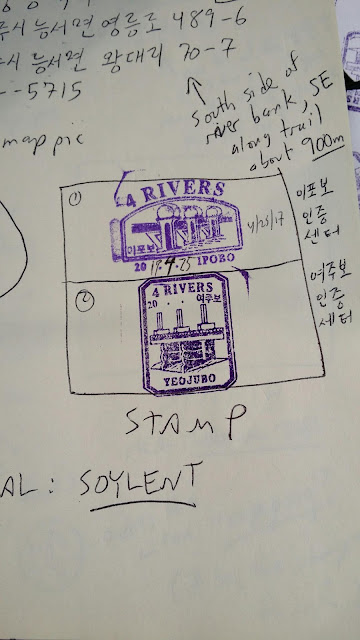