When I called and spoke with the folks at Binae Pension (a very expensive-looking facility), they didn't seem too friendly, and we came to no definite conclusion about whether I should walk in, make a reservation-plus-payment, or what. So after getting my Binae-seom (Binae Island) certification stamp, I mentally said Fuck that pension and decided to find something else. You'll see, below, that I photographed a minbak ad, but I ended up opting for something more standardly Western.

Naver Map went wonky when I spotted my current accommodation: the hotel initially appeared on the map a couple miles from the certification center, but whenever I tried to zoom in or out, the hotel icon would disappear from the map, making me fear that I'd been hallucinating the hotel. About twenty minutes after leaving the little red booth, I came to a shyupeo (i.e., a super; i.e., a supermarket, but in reality just a small store). No one was there at first, but a slack-jawed old man eventually showed up, giving off a distinct banjo-twangin' country vibe. I asked him about the hotel in question, and he said it was about 20-25 minutes down the road. So at least I knew I hadn't been hallucinating.

The following pics show the final approach to my hotel. I passed a lot of pretty, well-manicured properties, so I snapped a few shots for my nonexistent grandchildren. There's also a pic of what bus stops look like out in the boonies, lotus lanterns for the Buddha's upcoming birfday, and the obligatory shot of an abstract sculpture, because if there's one thing Koreans can't get enough of, it's abstract sculpture. Enjoy. 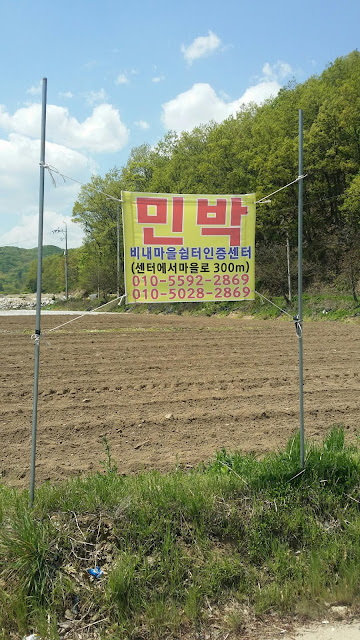 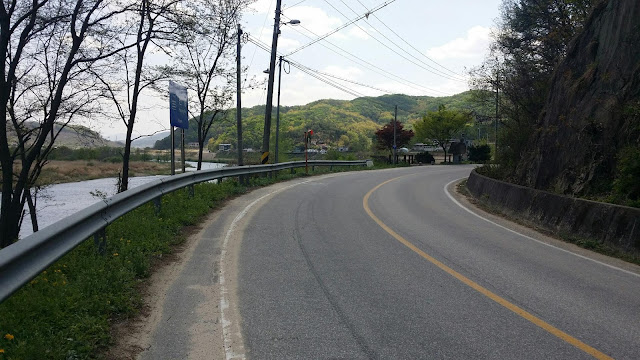 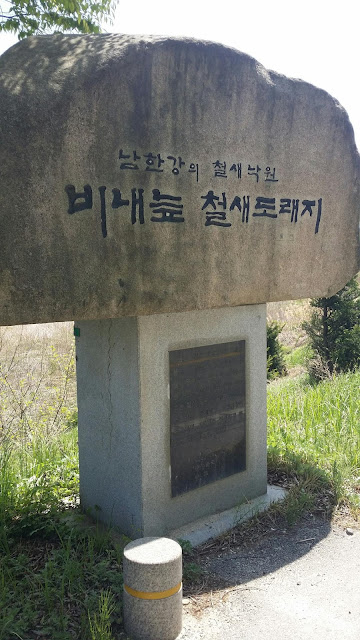 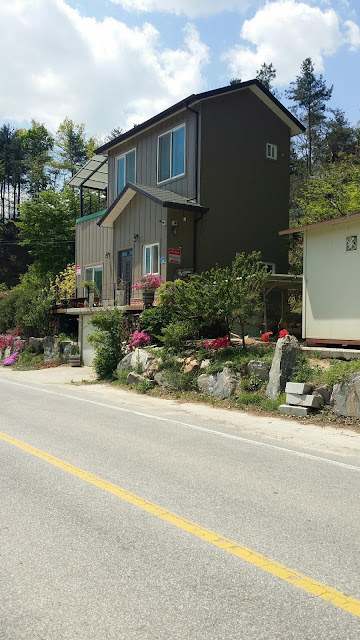 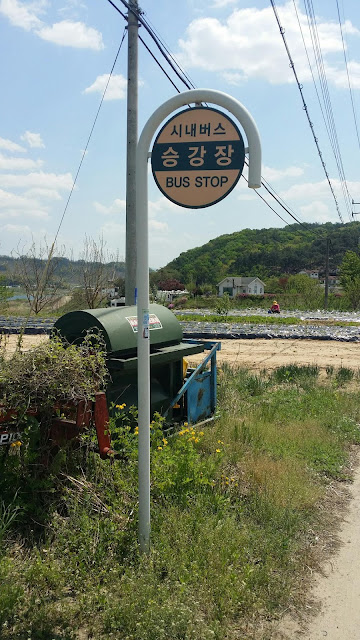 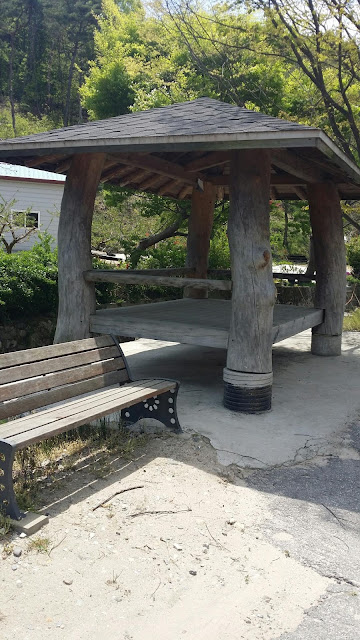 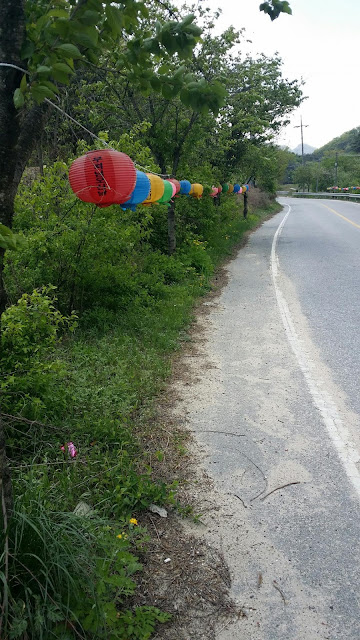 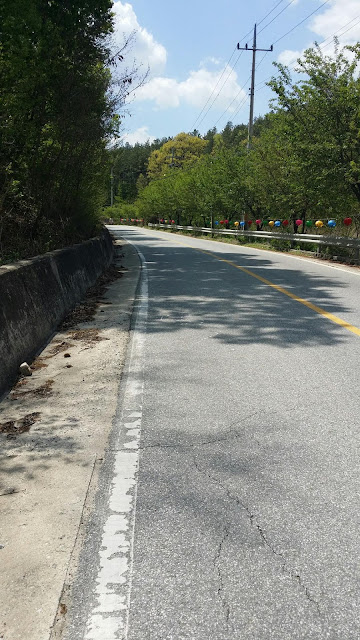 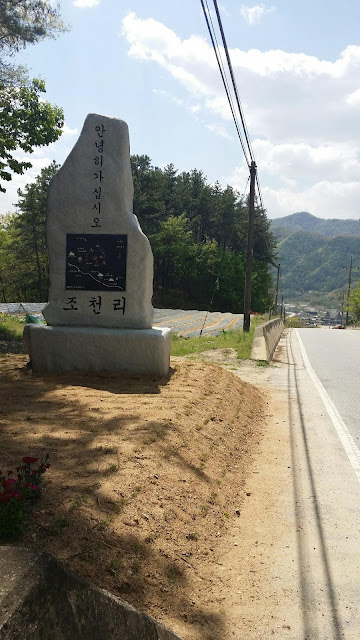 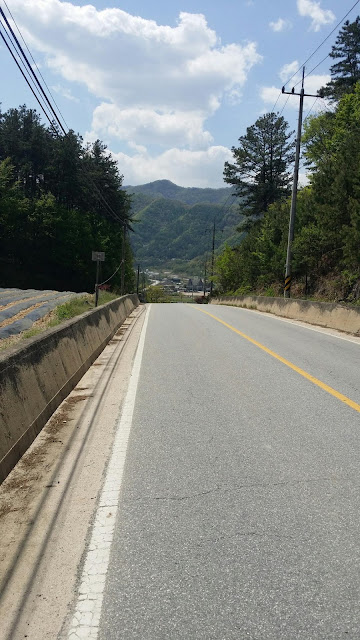 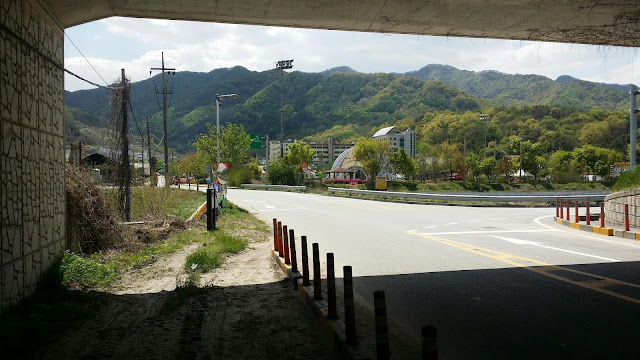 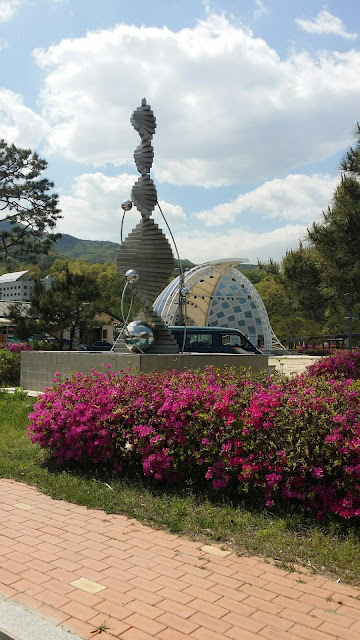 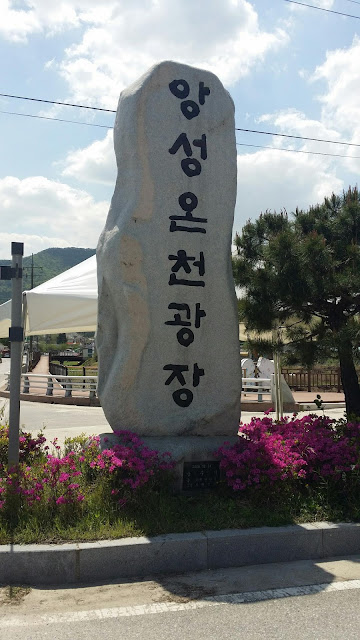 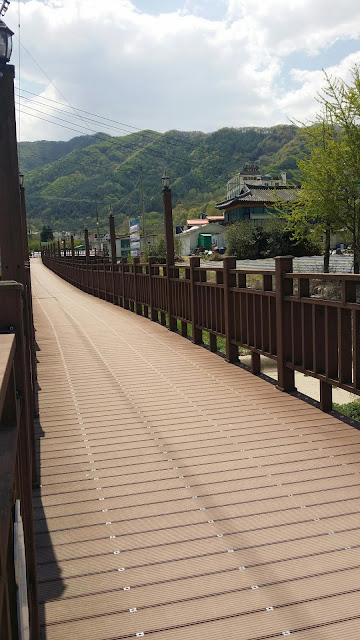