As before, the walk that was supposed to be shorter ended up being longer. I had originally thought I'd be at my guest house by 1PM; I didn't get there until nearly 5PM, which makes me mad. Part of the problem is how slowly I'm moving on blistered, achy feet; part of the problem is the aforementioned Naver Map. The whole thing adds up to intense frustration. I don't recall having this sort of problem in 2008; mileage calculation on Mapquest (remember that?) was pretty straightforward, and at least at first, I wasn't limping everywhere.

Here's some funky art I encountered after parting ways with the helpful Mr. Park: 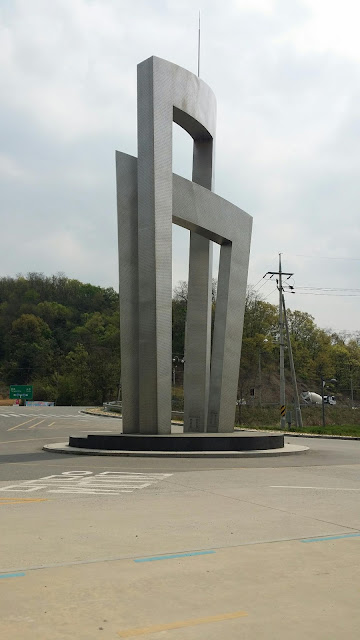 Yours truly, now armed with toshi (forearm protectors that the French would call manchettes, i.e., sleevelets, often used for cycling): 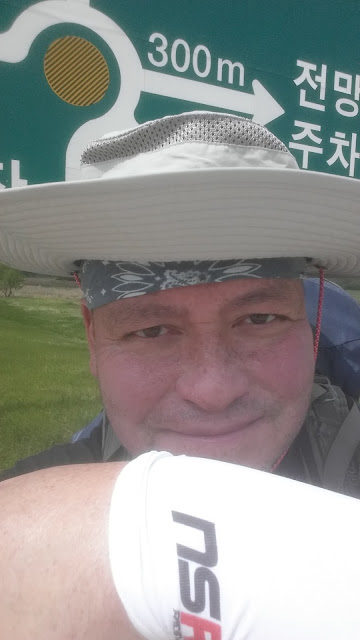 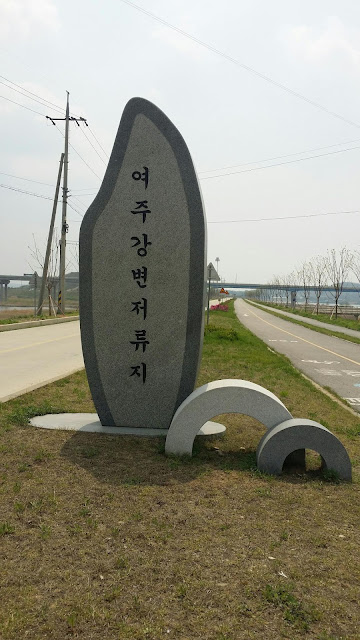 One of many long, long stretches of bike path: 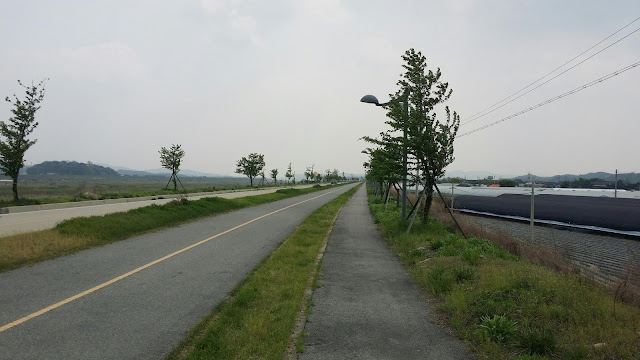 Passing through an agrarian area: 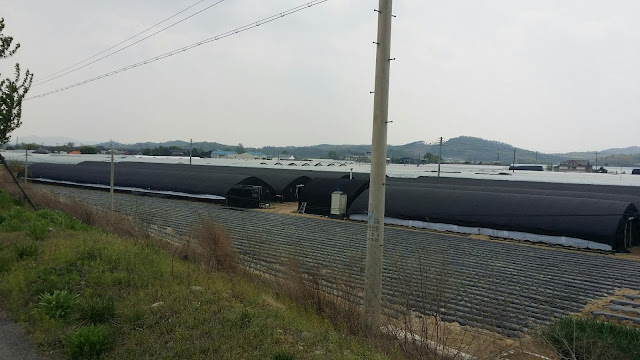 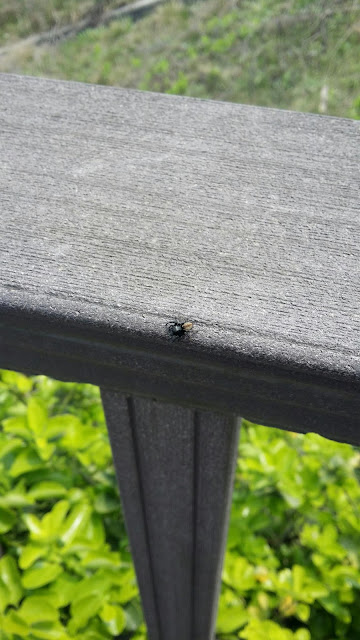 Here s/he is again, up close: 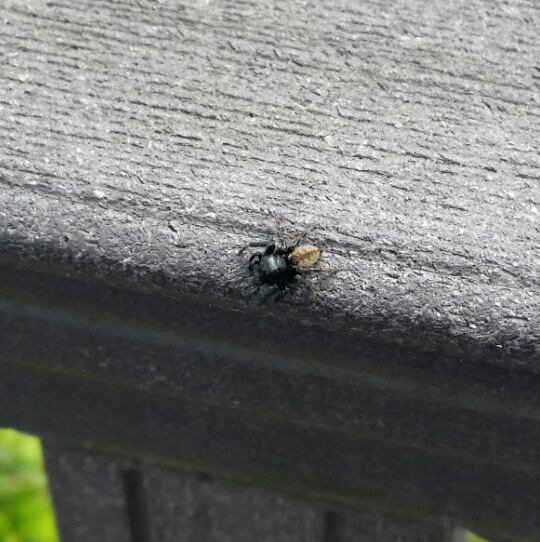 This next long stretch went on for a couple miles. By the river, the ROK Army had set up camouflage tents, gun emplacements, and other fortifications. Why? Was this practice? Was this a permanent installation? All I knew was that I was actually afraid to take pictures, so I refrained... for the most part. Magnify this pic, and you'll see military vehicles in the distance. 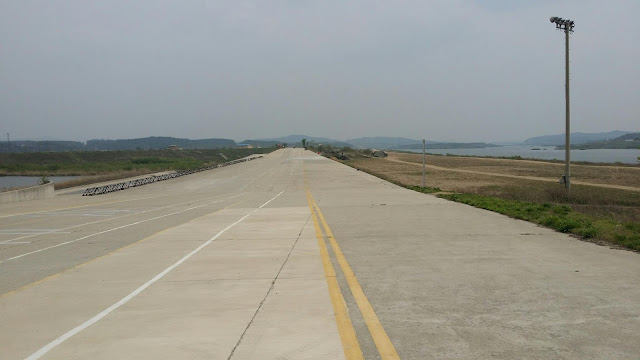 Nearing the very end of the long stretch. I said "hi" to a small cluster of soldiers, who turned out to be perfectly friendly. I never asked them whether I would be allowed to take photos of them or their operation. 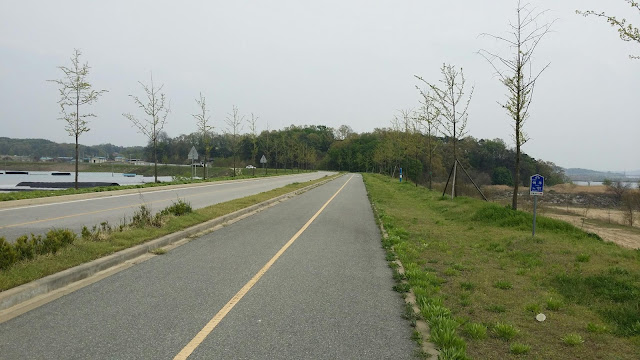 But I snuck a pic all the same: 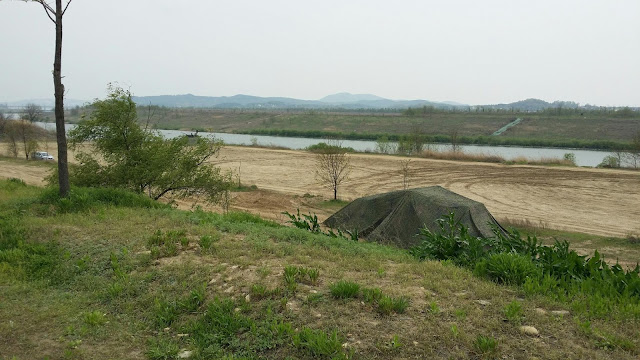 The Yeoju Dam in the distance: 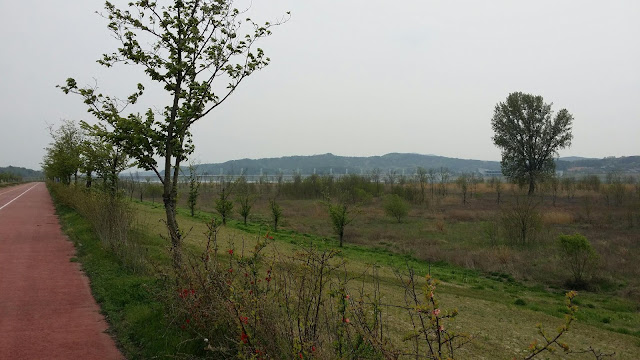 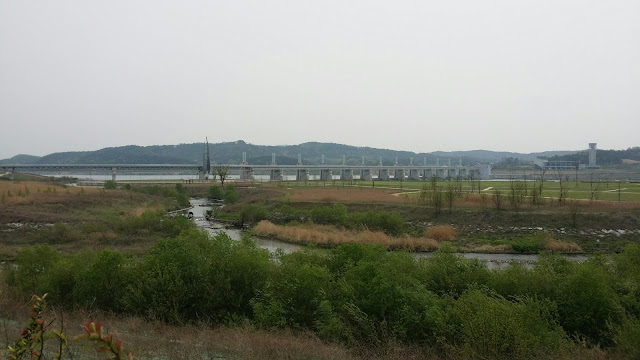 It took forever to approach the dam, but I finally got there: 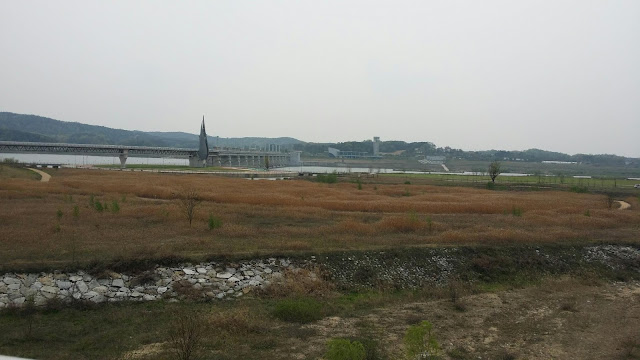 A promise that the Yeoju Dam certification center was only 1.4 km away. I'd heard such promises before. 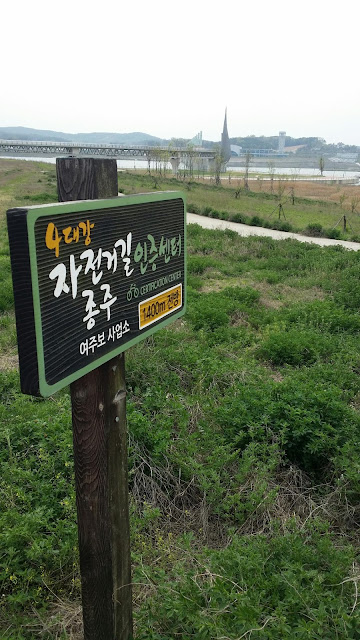 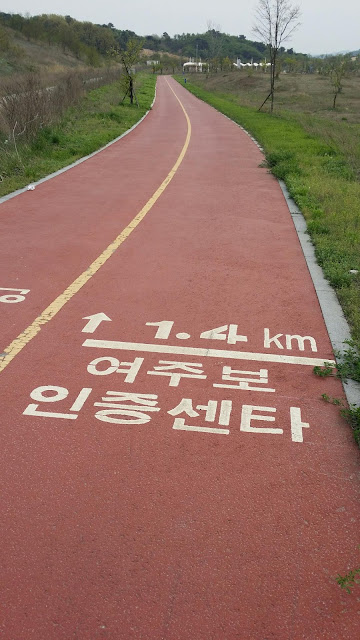 A massive army of ants: 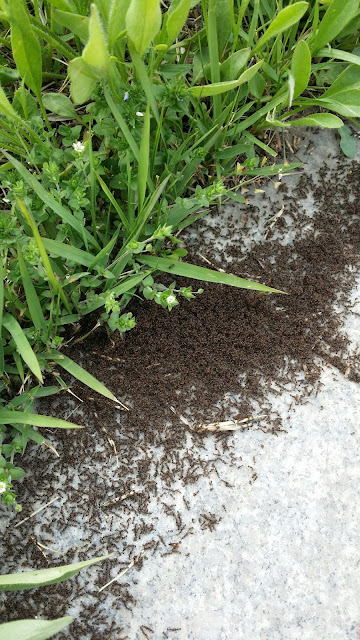 I normally have a cruel streak when it comes to insects. As a kid, I stamped on plenty of ant demonstrations before. I've poured rubbing alcohol into ant crowds; I've poured that evil fluid down the holes of anthills. But this trip, I'm doing my best to avoid generating the bad karma that accompanies the crushing of God's little, helpless creatures. So I left these ladies alone.