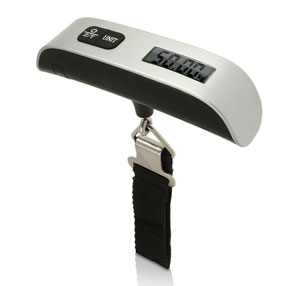 I've got one or two more items I'm going to try to find here in Korea, the aforementioned hanging scale being one of them. Once I've got the scale, I can start weighing my backpack—yes, even now, before I've bought the rest of my gear, so as to give me an idea of just how close to 35 pounds I can get. I know from experience that 60 pounds is doable, but it's a strain, especially on uphill portions of a trail, where my walking speed can drop from 3 miles an hour to barely over 1 mile an hour, especially at the end of the day. Weight and weather tie for first place as the two biggest factors affecting my walking speed; assorted aches and pains, like blisters, muscle cramps, joint problems, and the occasional randomly firing nerve, come a close second. Energy level shouldn't be an obstacle; neither should motivation. As long as I start very early every day, I ought to be buoyed by sunlight, walking six or seven hours a day at an easy pace that should get me from rest stop to rest stop in a timely manner.

I had thought about renting a bike this weekend, given that this was my break, to do some reconnoitering (per Brian Dean's suggestion), but I'll save that activity for next weekend. The goal will be to ride far enough to find the first two or three rest stops along the way, to note distances and locations (and, if possible, the names of the rest stops: that's how I keep things straight in my head), to get a feel for the terrain, and to see what sorts of facilities are actually available at each campsite.*

I'm a bit worried about those portions of the path that are nothing but road. It's easier to end up as roadkill outside of America than inside it (that unlucky bastard killed in Florida notwithstanding); I'm just hoping the road portions of the path have shoulders. As I was taught as a child, I'll walk on the left side of the road to be able to anticipate oncoming traffic.

I've managed to trace the Han River bike path, on my Maps.me app, to the point where it meets the Namhan River bike path. It took me a few times to figure this out, but the reason the path appears and disappears on the map is precisely because it gets taken up by road—my aforementioned fear. I'll be exposed to traffic, I guess, fairly early in the walk.

So what are the four rivers in question? Near as I can figure, they are:

I'm sure about 1, 2, and 4. I'm not sure how much I'm going to be involved with the Geum River, which seems almost irrelevant to the path. The Han flows into a river that, if you go north, becomes the Bukhan River, and if you go south, becomes the Namhan River. The Namhan then seems to flow far, far south until you reach the Nakdong River, with the Geum River joining the path late in the game. On this page (scroll down to the second big map), I see that there's an intervening segment of the path called "Saejae," but I don't see a "Saejae River" listed anywhere, so I suspect the Saejae path serves merely as a connector between two rivers, the Namhan and the Nakdong. Despite the name "Four Rivers," implying "four connected rivers," I suppose there had to be some fudging somewhere.**

Some of the maps on the above-linked page are quite detailed, despite a profusion of cutesy icons. There's a lot to explore on that page alone.


*I get the impression, from many of the bikers' videos, that I won't have much choice but to sleep in a motel at certain in-town stops. Motels are cheap, true, but I recall one person I met during my 2008 hike who disparaged what he called "credit-card tourism," i.e., tourism in which you have it easy the entire time, using your money to keep comfy.

**You might disagree that the concept of connection is implied in the name "Four Rivers," but I disagree with your disagreement because expats who have biked from Seoul to Busan all say something like, "I biked from Seoul to Busan along the Four Rivers Bike Path." Their experience of the path is that it's unbroken, even if the path doesn't always exactly follow alongside a river the entire way down.